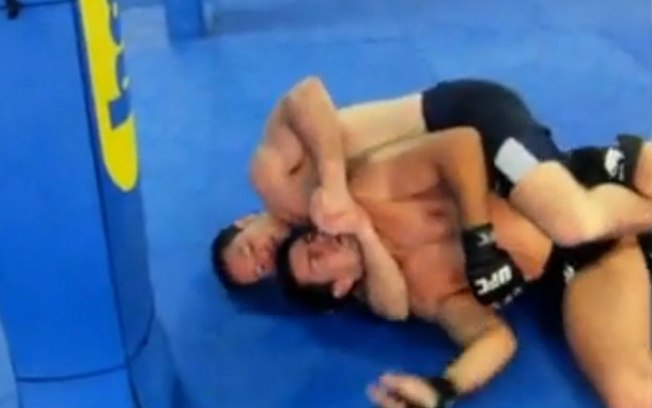 ADCC and BJJ world Champion Maia rolled back in 2012 with Thiago Camilo, a 2007 judo world champion and 2000 Olympic silver medalist.  Camilo is regarded as having some of the best ne waza in world judo.

“Truth is, it was really quick; we’d lifted some weights at the gym and decided to roll. Which was great, since he has excellent base and I had a hard time getting the sweep,” recounted Demian. “And it was even better because I was coming off a strength workout and was tired, so I could get a sense of what his strength was like, since the strength of judokas, wrestlers and Jiu-Jitsu players all feel different. The direction and feel his strength had, perhaps from the angle he’d hold each position, were really different; so it was cool to realize that.