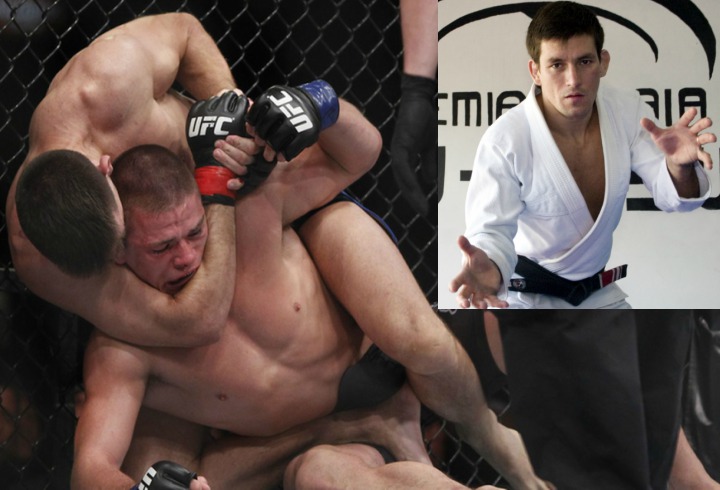 With a career in MMA of close to 20 years, 14 of them at the UFC, the 43 year old Demian Maia knows he is in the final stretch of his career and, his last fight in the octagon could happen this Saturday at UFC 263, in Arizona, against Belal Muhammad .

The fight will be the last of his current contract with the organization and, if he does not receive a chance from the company to make a “farewell fight”, it could mark the end of a long and victorious trajectory in mixed martial arts.

“I believe this Saturday fight could be my last in MMA. It will depend a lot on my performance for me to want to continue, and obviously, if they want, I want to do one last fight, a farewell fight, but Saturday’s fight may be the last of my career, yes”, revealed Demian, in an interview with TATAME, stating that retirement has been on the agenda since last year.

The Brazilian says he already has an opponent in mind for a farewell fight, but prefers not to reveal it yet.

“I have an opponent in mind, but I’ll only comment on this after Saturday’s fight, because I can’t lose focus on what I have to do on Saturday, which is a tough test. Any UFC Top 15 is a very tough guy, so let me do my job, everything works out, and then I’ll tell you what I want (laughs)”.

– You said you intend to compete in Jiu-Jitsu again. What are the events you want to play in the gentle art?

I know all these events, the BJJ Stars and the BJJBET, I know all the organizers. Fepa Lopes (organizer of BJJ Stars) is a friend of many years. The first time I fought in a professional Jiu-Jitsu event was the Black Belt 1 Challenge, which was the first event that Fepa did in my professional life and I was able to fight.

There’s a lot of cool things happening in Brazil in relation to Jiu-Jitsu and I’ve had invitations from all these organizations, both in Brazil and abroad. But when you’re inside an event, and when it’s the biggest fight event in the world, it’s very difficult to focus and change your training, because when you’re going to compete in Jiu-Jitsu, it’s another type of training and preparation. And I don’t have this ‘luxury’ of separating time, because the UFC can mark a much more important fight for me, and I would have to change everything again. I take very seriously the way I’m going in, how my performance is going to be, so I don’t come in just for the money and to enjoy it, I want to go in being well trained and ready for that specifically. But, for sure, Jiu-Jitsu fans can expect me to compete in BJJ in the near future.

– If Saturday’s fight is really your last in MMA, what do you take along your trajectory in MMA and the UFC?

First of all, I take a lot of experiences and learning, which in some way, I want to pass on to people, whether it’s my students at the academy, through a book, through lectures. I also have very good memories and, mainly, I’m happy for having kept my principles in times when a lot of people said: you have several straight victories and they don’t give you a title shot, you have to be like that, you have to be that way. I didn’t get on that wave and stayed true to the principles I believe in, this is very important to me. If I looked back and noticed that I sold myself by a means, I wouldn’t look at myself as a man as I look at myself today. I’m proud of everything I’ve been through, everything I’ve lived through, and it was very good. It still is (laughs).