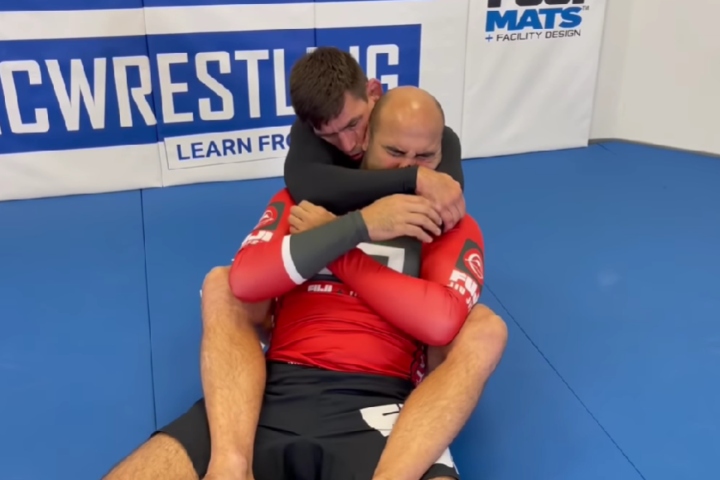 The Rear Naked Choke is a true “king” of submissions. Applied from the back – the most dominant position – it leaves your opponents no options other than to tap out or go to sleep.
However, things take a bit of a different turn when it comes to applying this choke in MMA. Why? Well, because gloves and punching are involved; your opponents will be able to use these to their advantage.

It’s precisely due to these reasons that Demian Maia was forced to change the way he finishes his Rear Naked Choke. Here’s what he did.

Instead of going below or across the chin immediately, Maia advises MMA athletes to instead curl their choking arm up first. And then to cross it against the opponent’s throat. By doing it this way, the setup becomes tighter and much nastier on the chin (if they decide to lower it).
From here, you’re supposed to get your second arm involved, right? And when you actually do so, opponents often peel it off long before you can push it behind their head.

Well, here’s a neat, nasty little trick… Instead of going behind their head, use this arm to grab your choking arm’s elbow. From there, apply the choking pressure; your opponent will either tap because they feel as if their chin will explode or because they lifted their chin up – allowing space for your arm to go against their throat.
Demian Maia explains more of these RNC details for MMA on the video below: