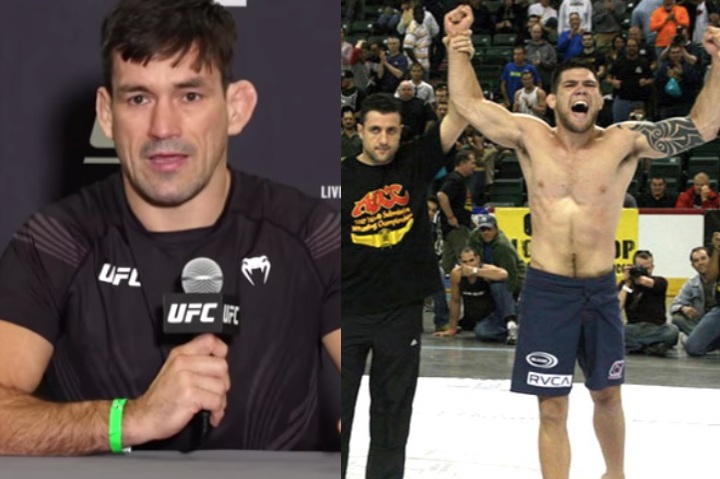 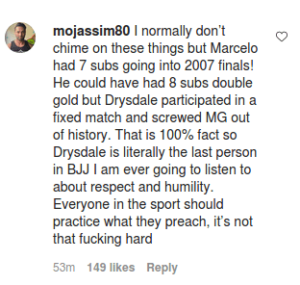 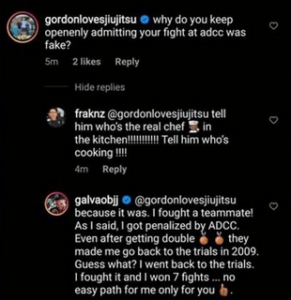 UFC legend and former ADCC legend, Demian Maia made a statement on IG where he described what really happened. Maia is a former teammate at Brasa of both Galvao & Drysdale. For Maia, it was and still is quite common for teammates to agree on not fighting for real. He also revealed that Drysdale shared the open weight prize money with Galvao, who needed the money at the time:

“Today I saw that there was a controversy going on about an ADCC fight in 2007 , involving former teammates and my dear friends @robertdrysdalejj & @galvaobjj .
First of all, they are amazing athletes that I had the pleasure to training together for many years.
Second , some people showed a video from one of my old interviews saying that Rob and Andre shared the prize money of the absolute division (in the ADCC 2007), putting it out like this was a proof that they didn’t fight for real.
I’m wanna just to make clear that was very common to share prize money in Grappling competitions at that time, and still go there and fight for real, for the glory and the title. I did that many times in Brazil as well, as did pretty much every high level grappler back then. Sometimes we did 80/20 or 70/30 (biggest part for the winner) because everybody was in need for money, and to take things out of context and distort its meaning many years later it’s unfair and almost ill intended.
Robert is a great fighter and he deserved to be absolute champion. Andre and him are the only one that can talk about their fight, no one else can and they don’t need anyone to do it for them.
As sometimes video editions are trick to understand the proper context, I just wanna make clear that what I said was about sharing the prize money, only that and nothing about fixed fight, and I don’t want my words to be distorted.”