Defensive BJJ – (Get On Board) The Next Big Thing In Jiu-Jitsu (Early)! 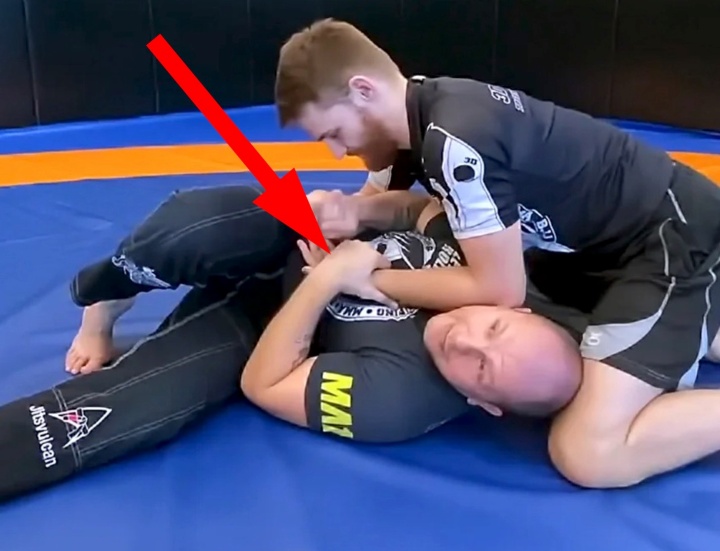 When was the last time you tapped? Yeah, right, I know, it was last night. Or, if you’re one of the unfortunate ones to still be in no Jiu-Jitsu lockdown it was a few months ago. Perhaps it still haunts your dreams throughout quarantine. Well you can turn the tables on everyone with escaping their deepest submission attempts or favorite pressure positions. Achieving that is now going finally possible against all levels of opponents, with the help of Defensive BJJ.

The interesting thing about escaping in BJJ is that it is still a grey area. While people nowadays think in all manners of complicated concepts and principles when it comes to attacking or holding positions, escapes are still trained similarly to those beforehand agreed-upon Kata exchanges in Karate. In fact, they’re just about as effective too. Defensive BJJ is a project that offers precisely that, through the careful guidance of BJJ’s own Houdini, Priit Mihkelson.

What Is Defensive BJJ?

Defensive BJJ, as a concept is easy to comprehend. You defend everything. In practice, it is different and much more uncomfortable. And that is what you need to be ready for if you want to turn all your training partners, and eventually, opponents’ attacks into harmless Karate Kid motions. Or, as Priit Mihkelson himself likes to put it, you need to be ready to suffer.

An alternative would be to use the years that Priit has suffered and learn innovative concepts directly from the source. The way you can think about the Defensive BJJ project is like having exclusive online access to Danaher’s leg locking concepts back in the day, just as the developed into a world-class system. Why play catch-up after others have had years to play around and perfect landscape changing grappling concepts?

Defensive BJJ exploits positions you already know, like the turtle, but also introduces a lot of innovative stuff like the Panda, Running man, and Hawking, to name a few. Moreover, you’ll get to learn submission defense that is extremely effective in the latest possible stages of submissions – just when people think they have you.

If you’ve ever been at a BJJ Globetrotters camp or watched their YouTube channel, you know who Priit Mihkelson is. A self-proclaimed “functional minimalist” Priit is a second-degree black belt from Estonia. He is the head instructor at 3D Treening in Tallinn, a regular feature among instructors at BJJ Globetrotters camps, and has several BJJ DVD sets under the BJJ Fanatics banner.

Priit is a black belt under Matt Thornton and has been involved in BJJ, grappling, and MMA for about two decades. It suffices to say, he knows what he is talking about when it comes to everything BJJ-related, and particularly when it comes to deflecting attacks.

What Can You Expect?

The entire project is an online-based coaching system, containing all sorts of material focused on the defensive aspects of BJJ. Defensive BJJ offers different types of video material that gets updated several times a week.

For starters, you get the usual instructional-type videos, which cover Priit’s systems for defending and escaping positions like the back, guard, side control, etc., as well as all the common submission categories. His innovative turtle systems, ranging from the sitting turtle, through the Panda all the way to the standing turtle deserve a special mention.

Furthermore, along with the odd meme and joke posted on there, you also get to watch narrated rolls and competition footage, some of Priit’s talks on podcasts or camps, and even exclusive footage from private classes. There’s also a dedicated forum for members, where you can not only talk, ask about and share anything related to Defensive BJJ with other like-minded escape artists but also communicate with Priit himself.

A couple of very original aspect of this online BJJ escapes heaven are the “experiments” and “homework” categories. In “experiments”, Priit shares whatever he is working on in real-time, allowing members to chip in on the development of future groundbreaking defensive Jiu-Jitsu concepts.

The homework section has monthly tasks given by Priit. Members then need to do those tasks and film themselves, eventually delivering the footage to Priit, who wil analyse it and help with instructions.

The Next Big Thing In Jiu-Jitsu

Why do I consider Defensive BJJ to be the next huge thing in Jiu-Jitsu? Well, for one, we are over-saturated with attacks. As if the game wasn’t complicated enough with Berimbolos and all the 50/50 conundrums, leg locks, along with lapel guards, made sure that there’s literally no part of the human body that can be attacked, and is not covered by layers upon layers of different attacking options.

Turning towards the defensive side of things, both in terms of positions and submissions, is the next logical step. That said since we’re going be focusing in that direction, why not do it from a fresh and innovative standpoint?

What Are You Waiting For?

There’s really no bad side to signing up for Defensive BJJ. You have full access to a constantly growing library of instructional videos, sparring analysis, talks, private lessons footage, and the man behind it all himself. The price per month is beyond reasonable, and there’s also the completely needless option to cancel at any time (I doubt anyone will ever use it). Take it from a submission hunter, mastering Defensive BJJ is the only way forward, ether your goal is to tap more folks out, or minimize the times you tap.