Deep Half Guard: All The Basics That You Need To Know 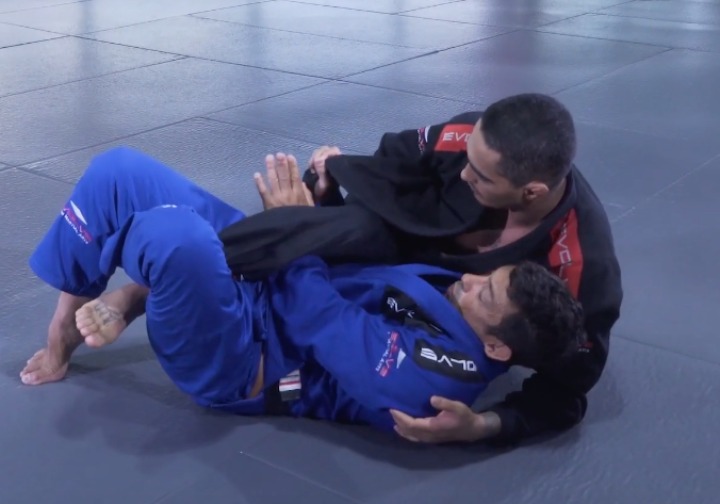 The Deep Half Guard! It’s a position that will improve your BJJ game immediately, if only you learn how – and why – to use it.
Teco Shinzato, a BJJ World Champion, explains the essentials behind the Deep Half.

WHY USE THE DEEP HALF GUARD?

The general principle of using Deep Half Guard, professor Teco says, is that your one arm is in, that your hips are in as well, and that you control the opponent’s hips, being close to them with your face.

But why should you use this position in the first place? Professor explains that the predominant reason why he uses the Deep Half Guard is because he can control someone stronger and faster than he is with it. The Deep Half Guard is awesome, professor says, because you can move and control your opponent; while not being in as much of a danger of them putting pressure on you and establishing control themselves, as is the case in other positions.
And what about the differences between Half and Deep Half Guard? In the first instance, you’re mostly looking to keep distance, and to find an opportunity to get an underhook on your opponent. In Deep Half Guard, however, you place your arm in-between your opponent’s legs, while your hips go deep underneath them and your face close to their hips for control.

A GREAT SWEEP – AND HOW TO DEAL WITH ATTACKS

Deep Half Guard is a predominantly sweeping position. Professor Teco demonstrates one great variation.
Once in Deep Half, professor passes his training partner’s lapel to his hand, underneath the partner’ leg. Then, he flattens his back to the mat and changes the side he locks his legs at. Now, he grips the training partner’s pants – and then, he opens his legs, bridges up and pushes with his arms in order to bring his partner to the mat and to begin passing his guard from there.

Be careful, however, because your opponent may try to set up attacks beforehand, such as Americanas and Kimuras – for that reason, professor Teco emphasizes that you need to hide your arm underneath their leg.
Also, if you find that the Deep Half doesn’t work for you in some sort of a situation, you can always make a transition to another position, such as the 50/50 or X-Guard. Professor shows that there are a lot of transitions into the Deep Half as well, such as from the De La Riva or Lasso Guard.

HOW TO DEAL WITH ESCAPE ATTEMPTS

Also, your opponent probably won’t stay static once in a Deep Half situation, as they will try to find a way out of it. For example, they may sit on their heel and extend their leg – in this case, professor Teco explains that you need to stay focused on controlling their hips.
Or, they may place their knee to the mat and get their hips close to your hips. If this happens, you need to pass your arm underneath their straightened leg, press it against their stomach, extend it and press your head against their lower leg. Then, post with your arm, squeeze with your legs in order to move your opponent’s knee back towards you, and get the sweep.

One other thing that your opponents might do is that they could switch to the opposite side. Here, you need to make sure that your knee – one closer to them – doesn’t come to the floor; but that you press it up, towards the ceiling.
Then, get the same lapel grip as in the above mentioned sweep technique, create momentum by swinging with your legs in order to free your other arm – and then grip their collar, bridge up and extend your arms in order to get the sweep.

Professor Teco Shinzato breaks the Deep Half Guard in more great detail on the video below: