Dean Lister: I Will Not Give a Brown Belt to Anyone Who is a D*ckhead 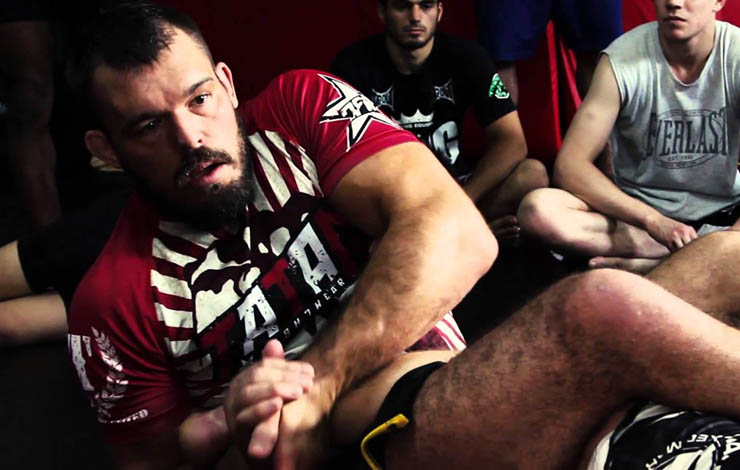 Dean Lister is a worldly martial artist – including speaking a variety on languages including Portuguese, rudimentary French and even some Croatian (thanks to being Mirko CroCop Filipovic’s grappling coach).

But what many might not known is that his approach to grappling in many ways helped usher in the new era and especially so for the members of the Danaher Death Squad whose system is heavily influenced by Dean Listers seminars as they’ve admitted themselves.

However Lister has some peculiar requirements when it comes to giving out ranking as he explained on the past episode Mat Tricks podcast:

“I will not give a brown belt to anyone who is a d*ckhead, for instance, they have to have some humility. This is when it gets really important, brown belt, black belt. “

Lister also talked about having been at Renzo Gracie’s the night it was discovered that the son of Rickson Gracie, Rockson has passed away.

Here’s what Danaher said about having adopted Lister’s knowledge and bringing it to another level:

There was so much to learn as a white and blue belt that I was not bothered initially by this imbalance of upper body submissions over lower body and the general dismissal of leg attacks. As I spent more time in the sport, however, I observed the efficiency of leg locking through the work of professional fighters such as Rumina Sato among others. Also distinguished visitors to the academy brought with them different styles and methods. One of them was a young Dean Lister who had some early success in grappling competition with leg locks. His leg lock game was still in development at that stage- mostly based around Achilles locks rather than the advanced heel hook game he would later develop and become famous for. Mr Lister encouraged me to add study of leg locks to my game. Thankfully my teacher, Renzo Gracie, was very open minded and never prohibited the study and use of leg locks in the gym. Accordingly I began to earnestly study the people most associated with leg locking skill. They had some impressive elements to their game, but also many deficiencies – as evidenced by the fact that few grappling or MMA matches of that time were decided by leg lock. Training in the gym showed me that leg locks had considerable potential, but the manner in which they were standardly taught at the time made them rather easy to defend.

I began an intense study of the foundation of the most high percentage leg locks – ashi garami. I developed many variations of this position that interlocked with each other in dynamic situations under the assumption that an opponent knew the main methods of escape from the standard position.