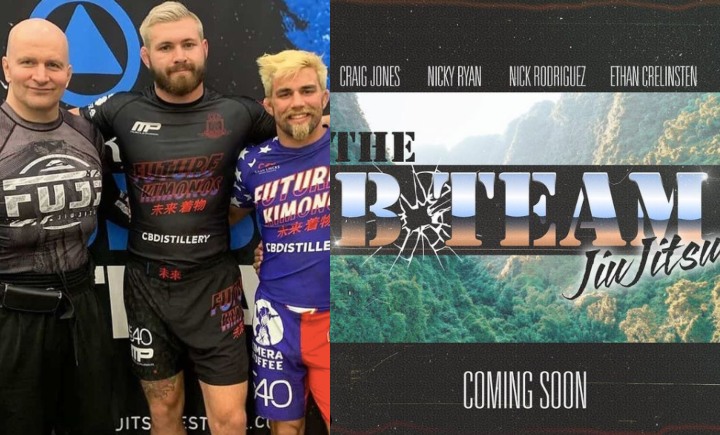 It’s been a wild week for the Brazilian Jiu-Jitsu community. Ever since John Danaher shared that on his social media that the Danaher Death Squad is breaking up due to personal differences of its members, the internet has been asking two questions: what happened and where will the athletes go? Gordon, Nicky, Danaher himself…?
While the first question’s answer is still too much in the fog, the second one has a partial answer to it. For example, Craig Jones announced that Nicky Ryan, Nick Rodriguez, Ethan Crelinsten & him are staying together:

But where does that leave Gordon Ryan? He did mention that he would move to Texas and open up an academy there… But with whom?
The answer came yesterday: him, John Danaher, and Garry Tonon are going to continue training together. Here’s what Gordon shared on his Instagram:

The OG squad is back in business- call us… Team New Wave Jiu Jitsu.

Craig Jones’s post, however, has a sort of a “secret” to it that may or may not prove to be of substantial importance. Namely, the post’s location is mentioned as “Austin, Texas”. This may be a subtle pointer to the team staying together in at least the same location – or staying together as  a whole, with the “break-up” being just a publicity stunt.

Jones announced that his new team will be called the ‘B’ Team and also based in Austin, Texas. Interestingly, Gordon Ryan’s brother Nicky has decided to join the ‘B’ Team and rumors are running wild that there is a Ryan’s family feud regarding the late father’s inheritance money.

The ‘B Team’ trailer based on the popular TV series the ‘A Team’:

This video sums up then current situation: