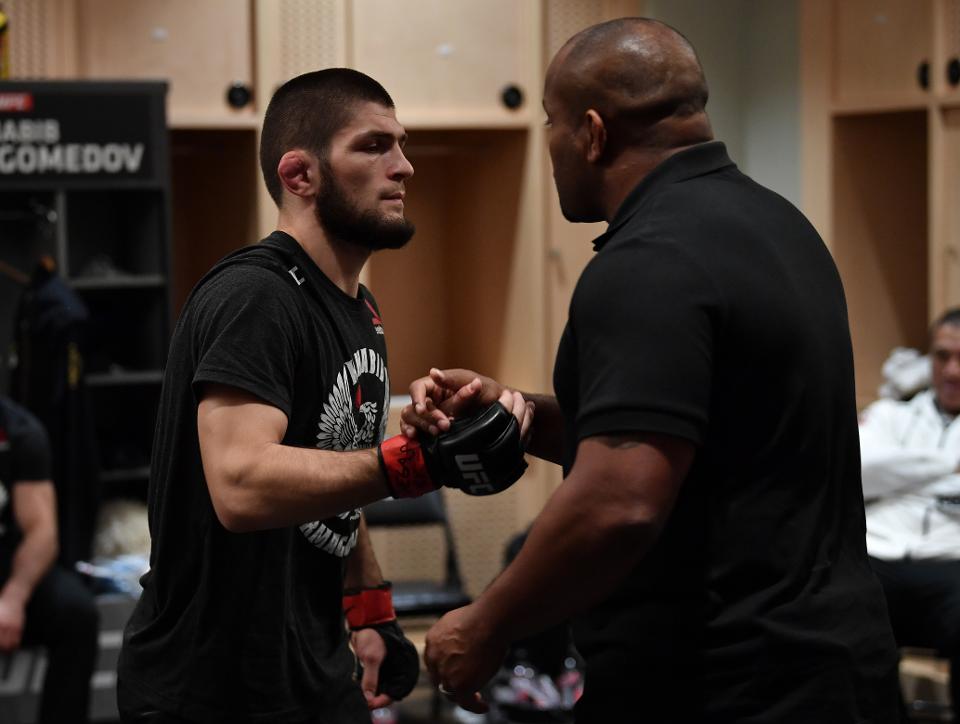 Khabib Nurmagomedov’s father and coach Abdulmanap passed away last Friday in a Moscow hospital after complications from the corona virus at the age of 57. The Mirror first reported.

Khabib Nurmagomedov’s close friend and teammate Daniel Cormier feels uncertain about “The Eagle’s” fighting career after the death of his father.

Speaking to ESPN’s Ariel Helwani, Cormier talked about a conversation he had with Khabib a few days before Abdulmanap:

“I talked to the champ — my champion, our champion, AKA’s champion — on Wednesday about everything, and he was having difficulties dealing with all this. The training makes him feel better, but it would be very difficult for the champ to fight under those circumstances.”

Khabib is set to have his third title defense against interim champion Justin Gaethje in September.