Dave Mustaine of Megadeth is the latest famed musician to enjoy the joys of jiu jitsu. Mustaine is 59 years old – he is best known as the co-founder, lead vocalist, guitarist and primary songwriter of the American heavy metal band Megadeth, as well as the original lead guitarist of  Metallica.

2 years ago he received his first stripe on his blue belt in BJJ. 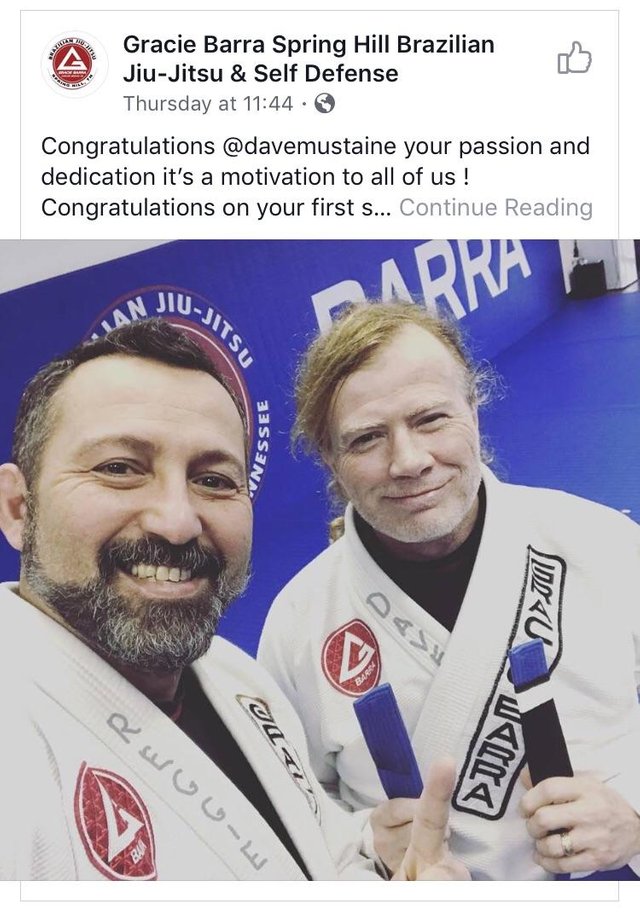 Now he has just received his purple belt in BJJ from his instructor Reggie Almeida:

“After 2 years as a blue belt and hard training and lots of ups and downs today I had the honor to promote Mr @davemustaine to his well deserved purple belt ! Congratulations kid !!!“