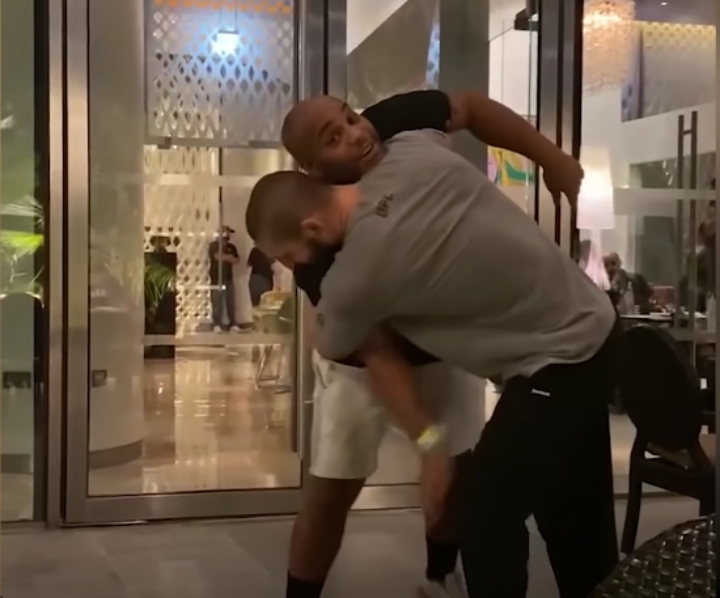 Khamzat Chimaev has made quite an impression.

Chimaev is surging at a rapid rate. After easily winning his first two UFC fights with just 10 days apart, the Chechen-Swedish prospect knocked out veteran Gerald Meerschaert in just 17 seconds at UFC Vegas 11.

Although he has no match scheduled, Khamzat Chimaev is enjoying himself on Fight Island, with play wrestling Former double UFC champion Daniel Cormier who is also a former Olympian: