Danaher – What Makes a Good Takedown For Jiu-Jitsu? 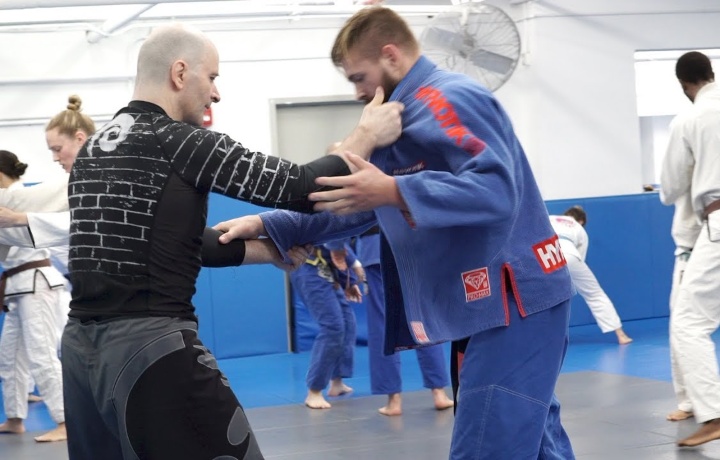 Here he describes (taken from his IG) what are the skills you need to be successful for success in takedowns in BJJ:

“Your success or failure in the standing position will come from your mastery of the crucial precursor skills: A huge mistake in most Jiu jitsu standing programs is the tendency to teach a set of takedowns as the class curriculum. Students are shown a given move, say a single leg takedown, they drill it for a while and then move to the main component of the class – the ground positions.

At best this creates a class of students who can drill the moves – but it never produces a class of students who can perform the moves against a strongly resisting opponent in sparring and competition. A big part of the reason for this is of course, the fact they don’t do any sparring in the standing position; but there is another important reason – THEY ARE NEVER SHOWN THE CRUCIAL PRECURSOR SKILLS OF STANCE, MOTION, GRIP, OFF BALANCING AND POSITION THAT ACTUALLY MAKE THE TAKEDOWNS POSSIBLE AGAINST A RESISTING OPPONENT. In standing grappling, TAKEDOWNS ARE THE CULMINATION OF THE APPLICATION OF PRECURSOR SKILLS THAT HAVE TO BE APPLIED FIRST BEFORE THE TAKEDOWN CAN BE PERFORMED. If those skills are lacking – the takedown will prove impossible the moment the opponent starts resisting. These crucial precursor skills are not sexy – no one gets excited about the prospect of practicing grip fighting, stance or movement – so they get ignored.

Just as you can never hope to apply an arm bar on a resisting opponent without learning the precursor skills of passing and pinning and control – you can’t apply a takedown without standing precursor skills and learning takedowns without them is simply not going to be productive – you may look ok doing your drills but you won’t be able to takedown a resisting and competitive opponent. Make sure you spend as much time learning these crucial precursor skills of the standing position as you do takedowns – they may not be as sexy but when the pressure is on they will the factor that makes you successful.”

In this video, John Danaher describes his criteria for a good BJJ takedown and how not to get exposed: