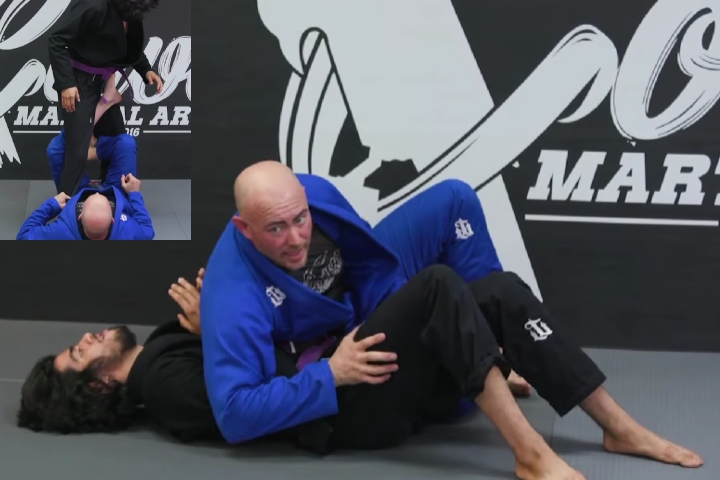 What’s one of the biggest mistakes that BJJ white and blue belts (heck, even some higher belts) make in their offense? Lots of times, they get the initial attack right; but then they don’t follow up properly. Just think about it – how many times have you hit a sweep, for example, only to have your opponent recompose themselves and attack you instead? That’s because you merely swept them, but did not follow up properly.
Here’s one example of this being done right, from an X-Guard Sweep. Tony Trammell explains.

CRUCIAL DETAILS TO THE X-GUARD SWEEP

Professor Trammell shows how, when you hit an X-Guard Sweep and your opponent falls down, you can’t just keep “laying there”. If you do, you can be pretty certain that the opponent will stand back up.
So, while keeping the grip on the opponent’s pants, you’re going to prop yourself up. Pay attention to how Professor Trammell keeps his shin and foot across his student’s leg as he props himself up. This is – you’ve guessed it – to incapacitate him from properly defending.

From here, you’ll do one of the most basic movements in Jiu-Jitsu. You’ll hip switch into the direction of your opponent’s legs, as you drop down next to their hip. Make sure to block their legs once you’re here, as you don’t want them to take your back.
Then, scoot back with your hips in order to isolate his arms (to separate his elbows from his body). Watch how on the video below: 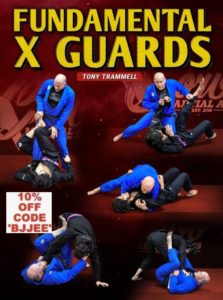