CroCop On Most Dramatic Year Of His Life: They Made An A*s Out Of Me 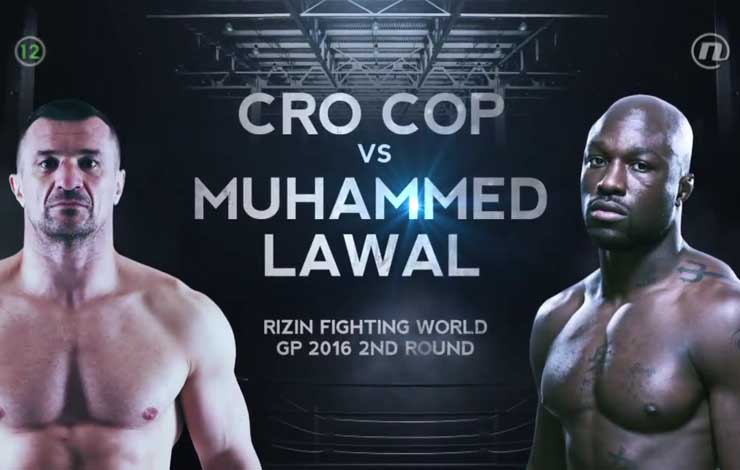 CroCop has had an interesting year to say the least. Late last year he had pulled out of the Anthony Hamilton fight abruptly and announced his retirement. Subsequently USADA notified both CroCop and UFC he had been flagged due to a potential anti doping policy violation. Filipovic came clean and admitted using human growth hormone for a shoulder injury. Subsequently he parted ways with the UFC and returned to competiting in Japan in July of 2016. Later that same year he defeated Korean Hyun Man Myung in the first round via arm triangle and put on an impressive display.

He was then scheduled to face Wanderlei Silva but Silva withdrew from the fight earlier this month.

CroCop just talked to a croatian website and gave an extensive interview to index.hr:

“I think this will be my last year. I can’t do this anymore, body is spending itself and I want to spend more time with my sons” Mirko told index.hr back in 2013 but yet he’s still at it. He replies:

“Once a fighter, always a fighter. It’s my passion. They say I’d do anything for money and doesn’t everyone? IT’s a legitimate goal. I got loads of offers for 2017 but I denied them all. I won’t be at this for much longer.”

He admits asking Rizin to put Wanderlei Silva in a different hotel for the fight that was set on 29th December. This was prior to the cancelation of the fight of course. Mirko is now fighting Kingo Mo Lawal but he’s still hung up on Silva.

“They’ll forbid him entry into my hotel. I don’t want that fool to distract me. Him and his savages make noise the entire night and always make trouble. Heaven forbid I see him, I’d smack him and ho to prison.”

You can watch the entire interview (in Croatian) below:

Of course the headline refers to Mirko admitting his doping violation and subsequent ban. For his honesty he got slammed. The only good circumstance is that UFC would terminate his contract allowing him to fight elsewhere.