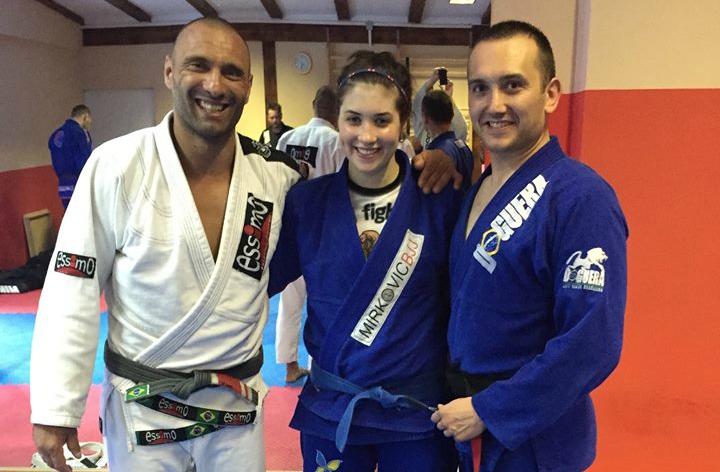 Emma Kamaraic is a Croatian-American BJJ champion that recently started a project called Fight Together. Emma suffered for many years with an eating disorder before starting BJJ and increasing her self confidence to eventually beat her problems. She wanted to give back and help others in a similar situation. The goal is to hold Brazilian jiu-jitsu and self-defense workshops for women with eating disorders, as well as for women with self-confidence and self-image problems in order to inspire them to believe they are worth defending.

Hi! My name is Emma Kamaric and this is my story of how Brazilian Jiu-Jitsu helped me overcome my eating disorder. I am a blue belt from Croatia training at Mirkovic BJJ and I am sponsored by Break Point Fight Company. I have been training BJJ for a year and in the past year I won gold at NAGA Austin, gold at NAGA Europe, bronze at IBJJF European Open, and silver at Abu Dhabi World Pro.

I was born and raised in Houston and about eight years ago I moved to Europe. I first lived in Vienna and then I moved to Zagreb. The whole time I have been living in Europe, I had been coming to Houston throughout the summers. However, little did I know the summer of 2014 was going to change my life.

I was diagnosed with the eating disorder Bulimia Nervosa when I was 12 years old in sixth grade. I battled all the horrors of an eating disorder for 7 years. Food was my worst enemy and there was absolutely nothing that could make me feel good about myself. I had no social life because I was so preoccupied with when I could binge and purge. My relationships deteriorated and I became depressed. My acid reflux was a nightmare and I had no energy for anything; my life became darkness.

This all changed when I walked into Bam Bam Martial Arts last summer and tried Brazilian Jiu-Jitsu. After just a few classes my coach, Angelus McFarlane, came up to me and told me that I have incredible potential. However, the moment that really transformed me was when a girl, who also started training about the same time as me, told me that she wants to take a picture with me because she never met anyone who motivated her to become athletic as much as I did. I thought to myself, how can I motivate her when I ruin my health everyday. I have 5000 calories at once and throw it all up, so I decided to turn my life around.

Of course it did not happen all at once, I had seven years of cleaning up to do. 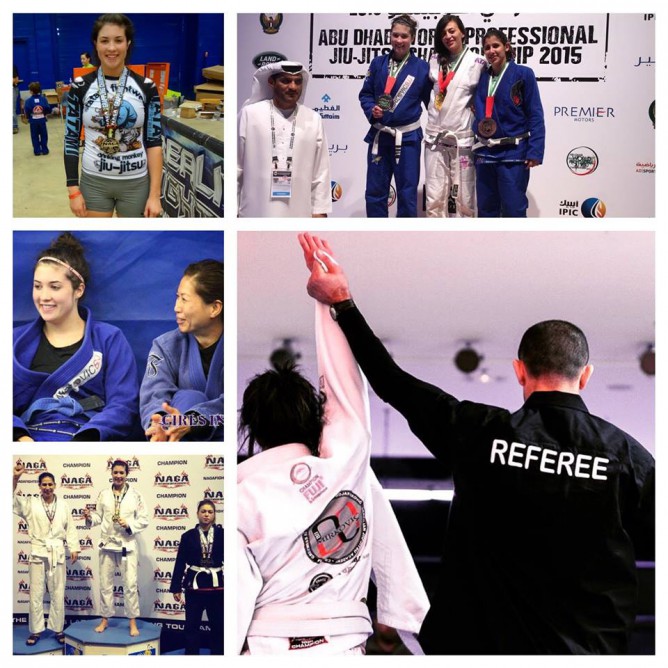 When you are training a martial art like BJJ, you are constantly learning to defend yourself, and whether you like it or not in order to defend yourself you need to believe you are worth defending. When your self worth goes up you start removing any negativity in your life, and that is how I recovered from bulimia. Food slowly became my best friend. I had to eat and keep it all in me in order to have fuel for being able to train twice a day. I stopped worrying about how I was going to look because I was more concerned whether the food I was eating would give me the energy I needed. Slowly, I went from not having enough energy to stand out of bed, to having energy to compete at international competitions.

I recently started a project called Fight Together. My goal is to hold Brazilian jiu-jitsu and self-defense workshops for women with eating disorders, as well as for women with self-confidence and self-image problems in order to inspire them to believe they are worth defending. I want to let women and girls know that they are not alone and show that it is completely possible to seize your life back.