Creative Ways To Use The Gi In BJJ 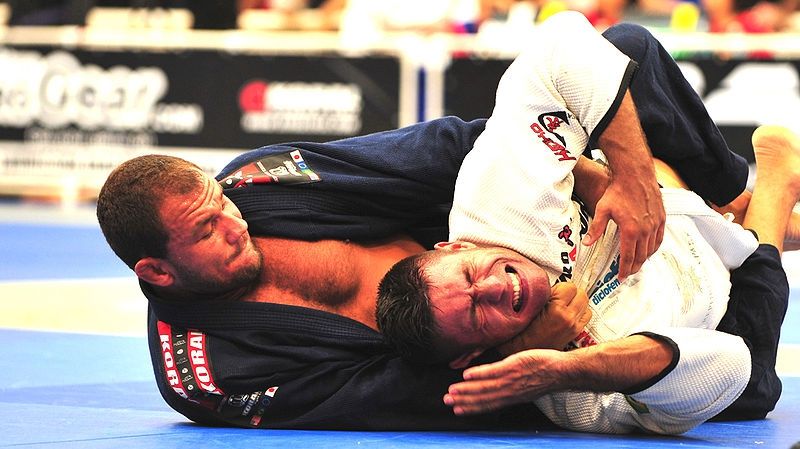 While casual observers may view the gi as little more than an homage to traditional martial arts, it actually serves several purposes. In BJJ, the gi is a method of control, a defensive tool, and a weapon. And, yes, it also instills a sense of tradition while promoting adherence to martial arts principles such as respect, loyalty, and honor.

To put it simply: in grappling situations, the gi changes everything. In fact, the gi changes things so much that no-gi grapplers often have a hard time dealing adjusting to it in their initial forays into traditional BJJ. One of the primary justifications of gi training is that it is more realistic than no-gi training for purposes of self-defense, as people typically wear long pants, shirts, jackets, and other articles of clothing in their daily lives. No-gi advocates, on the other hand, claim that gi-based grappling’s reliance on grips is of limited utility for MMA competition and leaves students vulnerable in self-defense situations involving less clothing. That being said, there are advantages to both kinds of grappling, and students should become proficient in each to reap the maximum benefits from their training. And perhaps most importantly, both types of grappling are unique and fun in their own ways.

No-gi training, for example, has seen a shift in recent years towards a focus on leg attacks. Traditional BJJ training, on the other hand, provides a wide array of interesting and creative ways to use the fabric of the gi to perform chokes, armbars, and other techniques. Below are a few of the ways in which the gi can be used in BJJ.

Perhaps the most popular way to use the gi against an opponent is the collar choke. Collar chokes have been a part of gi grappling since the early days of Japanese Jiu-Jitsu, and they remain a highly effective weapon. Collar chokes, as the name implies, utilize the collar to put pressure on the opponent’s carotid arteries, eventually forcing him to submit. Collar chokes are great tools to have in one’s arsenal because they can be achieved from nearly any position, they are tough to escape from, and they can be used as diversions to set up alternative attacks.

The skirt is the section of gi fabric that hangs beneath the belt. When an opponent’s gi skirt is pulled from his belt, it can be used to execute a number of effective techniques, many of which can be chained together in a series of attacks.

One effective way in which the gi skirt can be used is as a method of controlling an opponent’s arm to set up an armbar from closed guard. When executed properly, the gi skirt traps the arm, making it extremely difficult for the opponent to escape. Once trapped, the attacking student may then proceed with a traditional armbar. In order to execute an armbar from closed guard using the gi skirt, the following steps should be taken:

In addition to armbars, the gi skirt can be used to execute a number of effective chokes. One such technique, the lapel/skirt choke, utilizes the gi to attack the opponent’s carotid arteries, forcing him to tap out. One of the things that makes this technique so effective is that it is difficult for opponents to see coming. In order to perform this choke, do the following:

The gi is much more than a uniform—it’s a weapon! Do you currently use any of the above techniques? If not, give them a try in your next training session! Also, feel free to get creative and experiment with your own innovative gi techniques. Remember, BJJ should be about creativity and fun! See you on the mats!