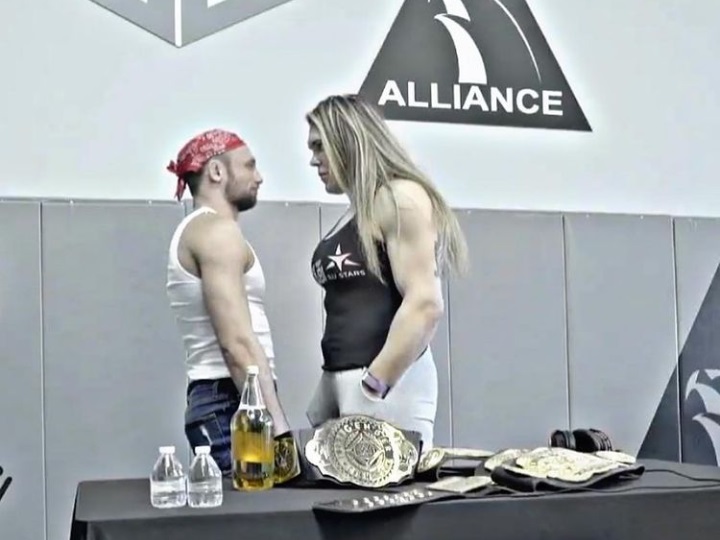 The expectation was huge for Jiu-Jitsu’s first ever intergender match between BJJ black belts Gabi Garcia and Craig Jones. The match was supposed to take place last Sunday (28), However, to the frustration of many BJJ fans, the match ended up not happening. The match was to be No Gi, without time limit and submission only. The Australian, in case of defeat, promised to retire.

On Sunday afternoon, via Instagram, the fighters held a live to reveal the reasons that led to the postponement of the match. Showing at all times that she was taking the match seriously, Gabi repeatedly stated that the fight will happen, but declared that they received “more than 30 thousand messages” and that, therefore, they would not have the appropriate platform to transmit the match through lives on Instagram and Facebook.

The multi- times BJJ world champion also cited that they received two proposals for streaming platforms, which were interested in showing the match, and that that was the reason for match to be postponed to a new date.

In the midst of the live, Gabi Garcia, with statements in Portuguese and English, tried to answer questions from her fans and stated that, at least on her part, the match has been taken seriously. On the other hand, Craig Jones adopted the playful and ironic style. The fighter appeared on the video with a beer bottle and said he could not open it, then asked the Brazilian to help him open it. The Australian also took the opportunity to joke about the size difference between the two athletes, considering that the Alliance fighter is bigger and much stronger. The physical issue became very apparent when they both stood side by side, in a moment that drew laughter from those present at Gabi’s gym.

At 35, Gabi is part of the IBJJF Hall of Fame and is considered one of the biggest names in the history of women’s Jiu-Jitsu, having won nine titles at the Worlds and four at the ADCC. In 2015, the black belt formed by Fábio Gurgel went to MMA, where she remains unbeaten: with six victories and one “No Contest”.

Craig Jones, 29 years old, is part of Gordon Ryan’s team, the “Danaher Death Squad”, was also silver medalist at the ADCC 2019 – losing to Matheus Diniz in the final – and became famous for his leg locks.