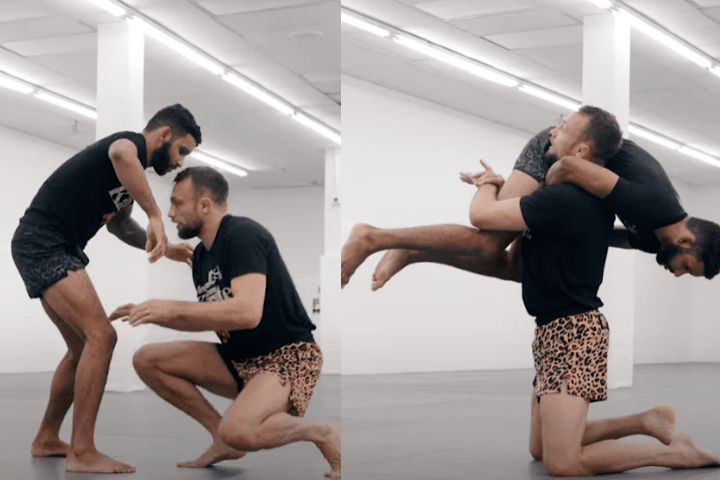 So you want to improve your Double Leg takedown success rate, right? If so, you’ll need to know not how to shoot for it properly… But also how to defend against your opponents’ most common reactions.
And guess what? A lot of times, your opponents will go for a Guillotine Choke. And no matter how good your head positioning may be, sometimes you’ll get caught.

Getting caught isn’t the end of the world, however. You simply have to know how to behave when this happens, so that you neutralize the threat of getting tapped out.
Craig Jones explains how to do just that… With an extremely simple principle.

Jones explains that, if you get caught in a Guillotine while going for a Double Leg takedown – and your opponent doesn’t sprawl back – that you’ll have a relatively easy way out.
Namely, when you drive your hips underneath the opponent and pick them up for that takedown… Do not take them down in such a way that your legs end up on the same side as their choking arm. Rather, take ’em down so that the lower half of your body ends up on the opposite side of their Guillotine hand.

By doing this, you’ll ensure your escape from the choke; as well as an opportunity to go forth with your offense.
Check out Craig Jones explain this principle on the video below: