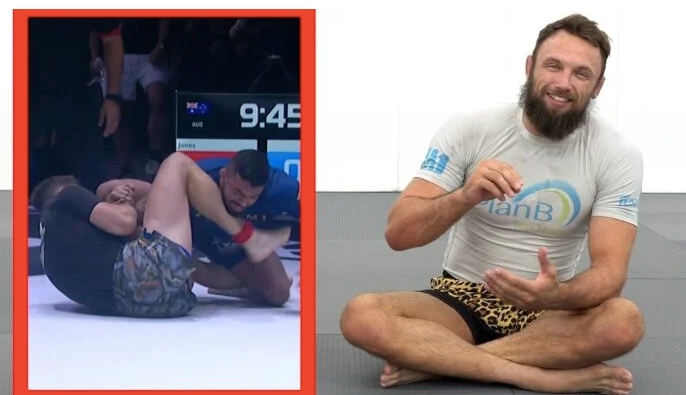 Craig Jones scored one of the fastest submissions in ADCC history at this year’s event. He did that with a variation of ude gatame (reverse armbar), also known as the Choi bar. He scored the victory against a very tough opponent Joao Costa, a well-accomplished Brazilian grappler.

The Choi bar is a variation of the reverse armbar that is usually done from half-guard or half-butterfly. It requires you to get a far underhook over your opponent and throw your leg around. There are many variations you can do from this position. For example, you can move into triangles and kimuras. Additionally, you can finish with a reverse armbar or convert that to a regular armbar. Overall it is quite a versatile position to have in your submission arsenal.

Craig got to this version from a regular low knee-shield half guard, also known as z guard. Joao Costa put his hand between Craig’s legs and wanted to go for a regular weave pass, which is a low-percentage move in no-gi. When Joao tried to get to a crossface, Craig capitalized on that and got a fully locked reverse armbar. Joao Costa tried to escape by ripping his arm away, but his elbow got trapped, and it dislocated, resulting in a quick verbal tap.

The correct way to defend a reverse armbar is to roll your thumb out and change the angle of the submission. Trying to rip your arm apart can be dangerous, as your elbow can get trapped and broken.

Craig Jones recently released a new DVD, “Make Z Guard Great Again,” and he has a separate section that covers Choi bar attacks from half guard. Be sure to check it out! 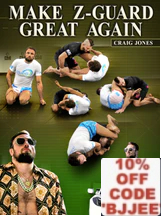