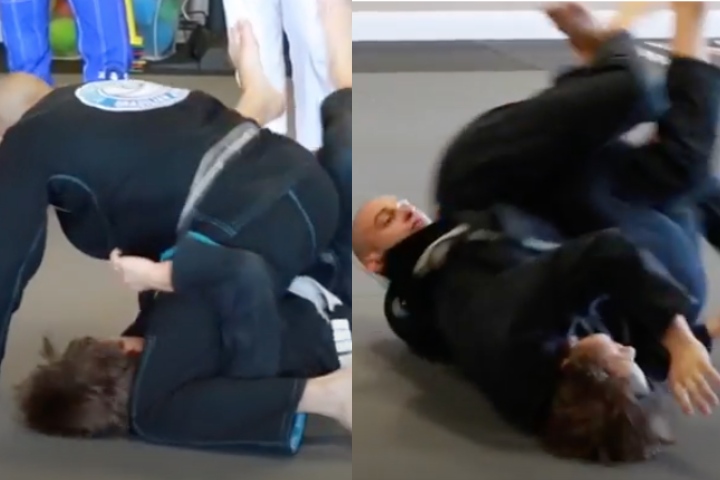 The Deep Half Guard! It’s a very powerful position that will control guard passers immediately.

The general principle of using Deep Half Guard is that your one arm is in, that your hips are in as well, and that you control the opponent’s hips, being close to them with your face.

But why is this position so effective in the first place? The predominant reason why guard players use Deep Half Guard is because they can control someone stronger and faster. The Deep Half Guard is so effective because you can move and control your opponent; while not being in as much of a danger of them putting pressure on you and establishing control themselves, as is the case in other positions.

Like every guard, it has its defenses and counters.

Felipe Cavalcante, BJJ black belt shows an unexpected counter to the deep half guard: a super slick back take