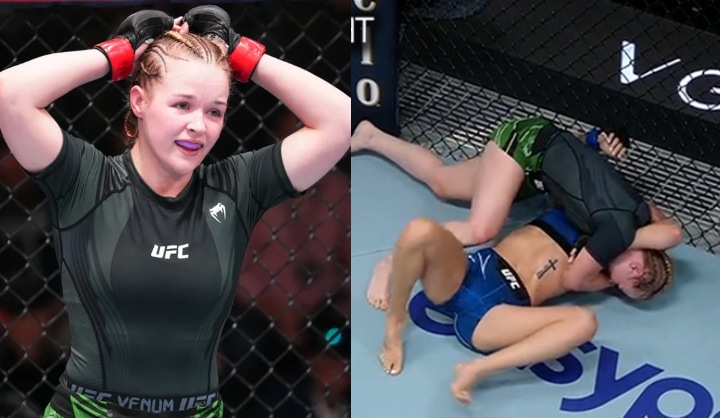 It’s not every day that you see a successful application of the Von Flue Choke in Brazilian Jiu-Jitsu. And it’s even rarer that you see it applied in professional mixed martial arts matches.
However, that’s exactly what happened last Saturday.

Granger had a 10-inch reach advantage and was saved by the bell while stuck in a tight arm triangle submission by McKenna in the first round. McKenna is the youngest female fighter on the UFC roster and was able to get Granger back on the ground in the second round and then became the first ever woman in UFC history to win via the elusive Von Flue choke.