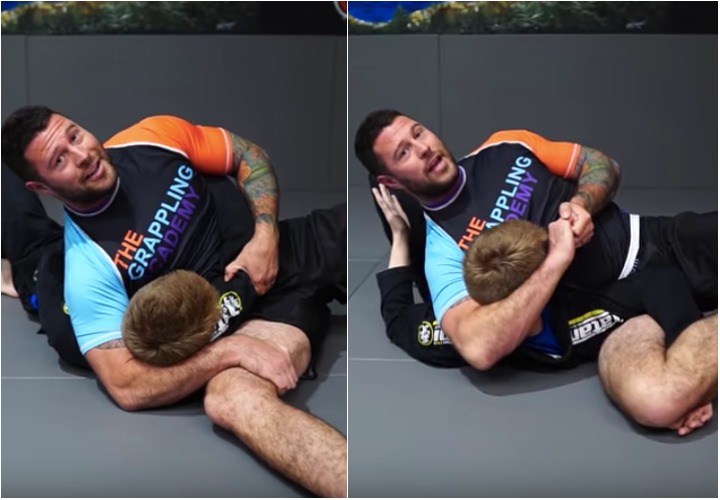 Kesa-Gatame aka scarf hold is one of the seven mat holds, Osaekomi-waza, of Kodokan Judo. In grappling terms, it is categorized as a side control hold.

Kesa-Gatame occurs naturally with many Judo throws where tori wraps an arm around uke’s waist, if tori follows the throw to the ground.

May people think that they can escape the kesa Gatame pin and take the opponnent’s back. They can IF the oppnnet odesn’t know how to pin properly with Kesa Gatame…. When applied correctly it is extremely difficult to escape.

There are also lots of submissions from there such as: