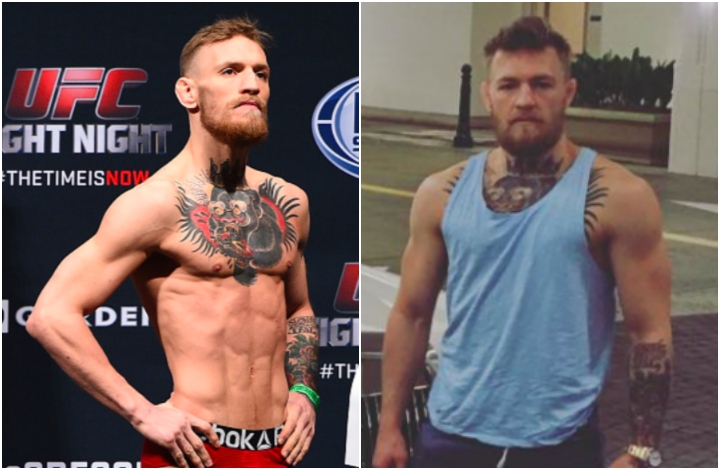 UFC featherweight champion Conor McGregor is going from featherweight to lightweight, and he’s starting to put some serious muscle mass.

In the co-main event, Holly Holm takes on Miesha Tate.

McGregor after a hard training session:

He’s worked with both opponents before like Chad Mendes and Frankie Edgar, Joe Duffy and Dustin Poirier, Urijah Faber and Frankie Saenz.