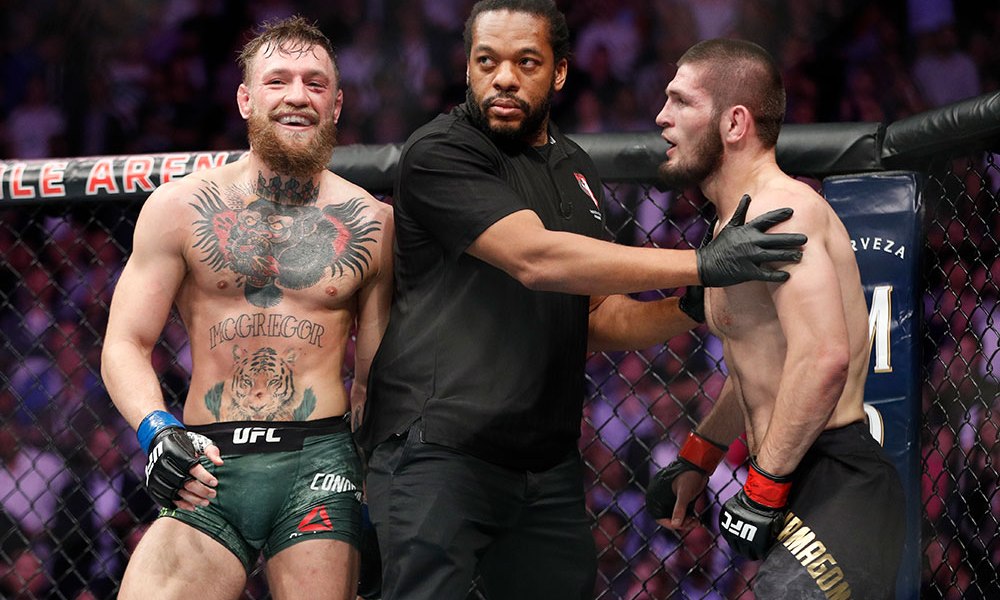 Conor McGregor’s mo lately has been making very offensive tweets toward khabib. Just the other month he posted the following: 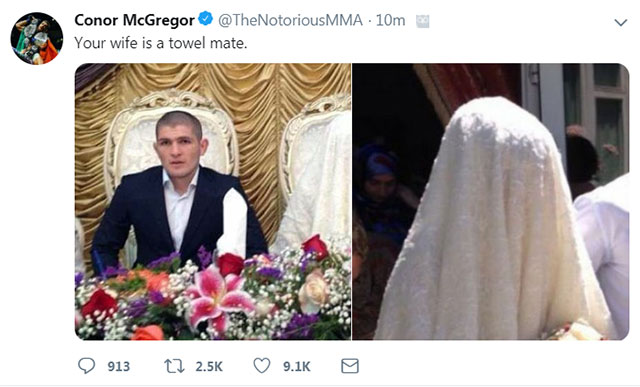 Of course towel head is a slur – A derogatory term for one of Middle Eastern descent. It comes from their custom of wearing a turban.

“I don’t think he’s finished,” Nurmagomedov said. He added, “Conor acts like a jealous wife who says ‘I will leave’ all the time but then comes back.”

Khabib’s manager was first to react:

Talking shit, this guy is insulting someone’s wife and making fun of her religion and belief. He doesn’t realize he’s insulting 1.5 billon Muslims. Religion and family is a no no. You’re fucked Connor, let’s see what the media is going to say now. He’s a rapist, and a bitch.

Since then Khabib has also fired back tweeting a graphic image of McGregor seemingly cheating on his longtime partner Dee Devlin:

Rapist, you are Rapist.
You are a hypocrite who is not responsible for your actions. Justice will find you.
We will see.@TheNotoriousMMA pic.twitter.com/317rLK5TVN

However now McGregor has slightly changed his assault tactic. He replied to the following tweet:

Fighters that are expected to perform at #UFC242:

By writing and then promptly deleting the following:
“Team Meldonium. 3 on this list caught on performance enhancers in the past already. Islam, Zubaira and Mairbek. Dirty smelly rats all of them.”

Meldonium is a limited-market pharmaceutical, developed in 1970 by Ivars Kalviņš at the USSR Latvia Institute of Organic Synthesis, and now manufactured by the Latvian pharmaceutical company Grindeks and several generic manufacturers.

Meldonium “is used to prevent death of ischemic cells and not to increase performance of normal cells,” the statement said. “Meldonium cannot improve athletic performance, but it can stop tissue damage in the case of ischemia,” which is lack of blood flow to an area of the body.