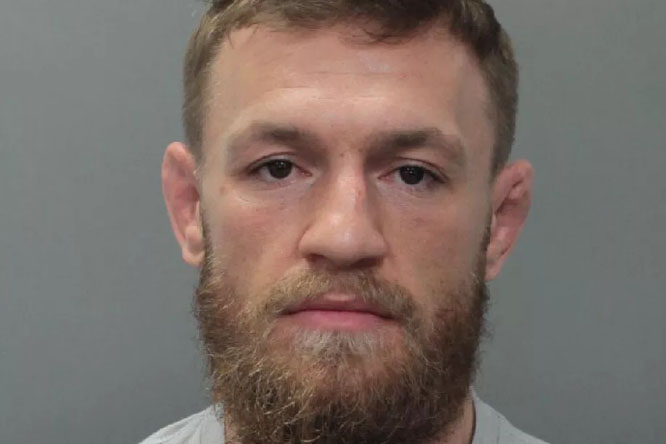 Conor McGregor has found himself in more legal trouble. McGregor is being charged with strong-armed robbery, a second-degree felony, and criminal mischief, a third-degree felony, per the arrest affidavit obtained by MMA Fighting. The charges stem from an event that happened in the early morning hours Monday outside a famous Miami Beach hotel, Fountainebleu.

WATCH: Footage from moments ago as MMA star #ConorMcGregor leaves jail in Miami-Dade County. He was arrested earlier today after allegedly smashing a man’s phone and taking it. Read the latest here: https://t.co/EdMPjTYBMp pic.twitter.com/hDASDqwV3C

“Last evening Conor McGregor was involved in a minor altercation over a cell phone that resulted in a call to law enforcement,” McGregor’s attorney Samuel Rabin said in a statement. “Mr McGregor appreciates the response of law enforcement and pledges his full cooperation.”

Patience in this world is a virtue I continue to work on. I love my fans dearly. Thank you all ❤️