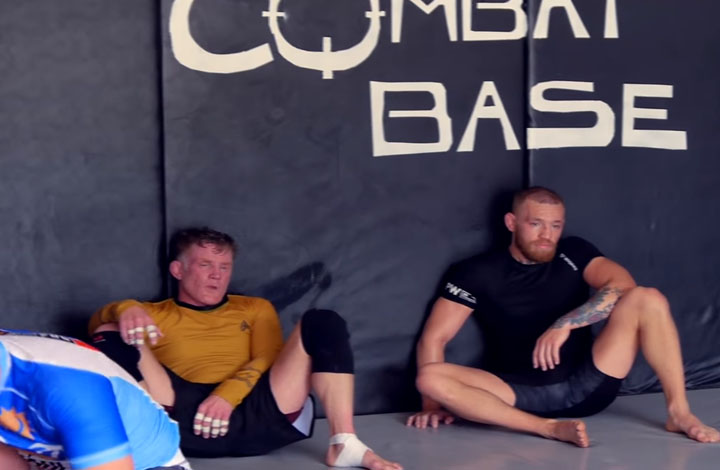 BJJ brown belt Conor McGregor has some legit grappling skills, but has never really showcased his grappling skills in MMA. After Back in 2017, McGregor trained jiu-jitsu with one of the dirty dozen – Chris Haueter. 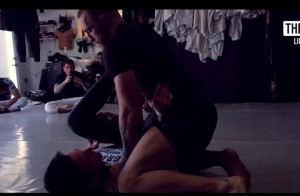 Chris is best known for his innovative teaching style and conceptual coaching ability and naming of new positions as the art rapidly developed in the mid 90’s, coined the term ‘Combat Base’ as it related to shooting platform (you can see the writing combat base clearly behind the big Mac and Haueter).

Conor McGregor shared a video of them rolling: