Coming Back to Jiu-Jitsu After an Extended Break. Don’t Make This Mistake 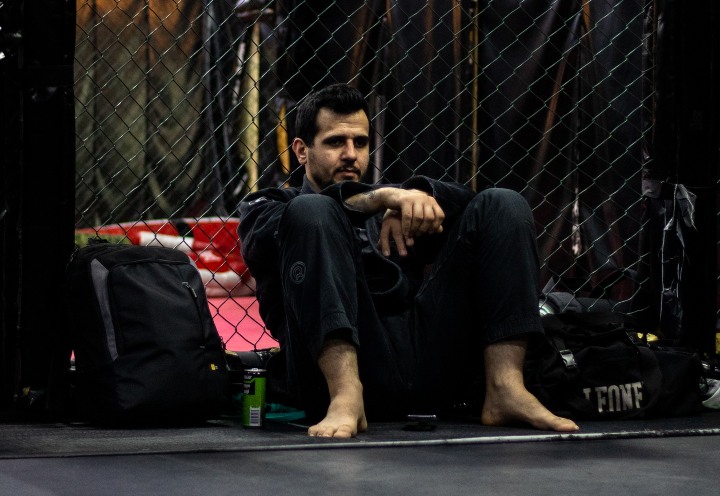 Written by Benjamin Reed, BJJ purple belt from the USA, follow him instagram.com/benjamin_reed_phuket

Many people have this idealistic view that their progression from white to Blackbelt is going to fit neatly into this 8-10 year time frame without breaking a routine, or that it shouldn’t. This couldn’t be further from the truth: life happens. I think some aspect of this should be self-explanatory, many of us had to take a pause because of public health concerns in 2020.

However other things happen in life. Career changes, childbirth, divorce, tragedy and sometimes just plain apathy to training happens. For a whitebelt, it’s the simplest of situations. You were a white belt in ability and you are now a white belt again in ability. Let’s assume the break was 6-12 months. Unless you had a strong base in wrestling as a child, many, if not all of your skillsets will have deteriorated and you will still be an average white belt. There will be no ego buster when you get tapped by everyone. Simply return to training if this is what you want to do. Many people start the journey to blackbelt, nobody expects you to finish it.

At bluebelt, it becomes a bit different. You have a base in Brazillian Jiu Jitsu. People expect basic skillset out of you. Well, the raw basics will never disappear. You’ll just lack the fluidity in which you previously executed moves and most likely your physical conditioning has deteriorated to. Maybe you stayed up with striking during this time or crossfit – and your conditioning is still optimal. You really shouldn’t worry. Cardio and strength goes a long, a very long way at this belt. So much emphasis is placed on technique, rightfully so – however having your basics down and being athletic go a long way. If you’re out of shape, regardless of any belt, it’s going to be a process that sucks! EMBRACE IT!

Purple belt is where I can talk about my own experience. First, it was a motorcycle accident. Second, it was a family tragedy. I was forced to stop for some time in two points. I went from a very athletic brand new promoted purple belt, to a fat and out of shape purple belt that just arrived in Brazil. Porrada, as the Brazillians say. I got beaten. Hard. I was humbled and butchered by bluebelts half my size. At the end though, I managed to take 2nd place in a No Gi championship at adult category at 35. I did well in the masters division in Gi, getting a gold medal. People expect a lot out of a purple belt, but not that much. Don’t be hard on yourself. People will judge you far more by how you improve from a setback than how you are when you just show up again to train. After this, I had to stop. I went through a very traumatizing breakup and was displaced by geopolitical events of 2022. I had to restart. I have put on probably 10 KG. I just apply the same logic – keep showing up. There is some utility in the humility of taking a step backwards. Relearning things often cements them even deeper.

I can’t speak from experience about what it’s like to be a brown or Black Belt that’s been in this situation. However, if you’re not gunning for IBJJF or ADCC worlds, why fret? There are elite blackbelts then there is everyone else. Your lack of prowess at these belts isn’t a character fault. Just do what you love. We just watched Hollyfield step in the ring at 60. Don’t be a slave to other’s opinions and find what motivates you. You’re here on this earth just once. The warrior continues until the end. Helio was on the mats until he was bedridden. Do you think Helio, in his 50s, 60s, 70s, 80s or especially 90’s could complete with a modern, half broken 40 year old blackbelt of todays modern era? No. Go out and live your life.