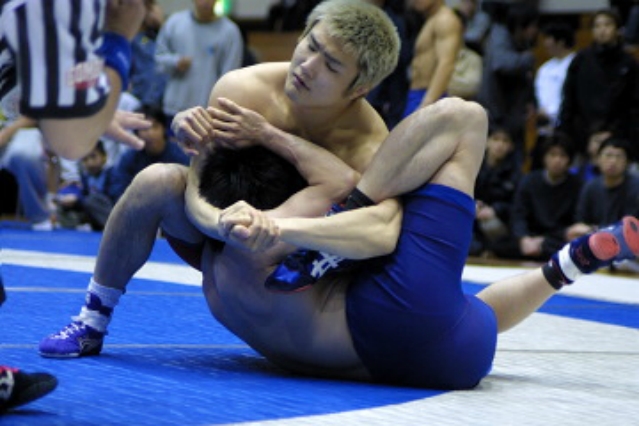 During the 90s in Japan, a gentleman with cauliflower ears and a thick neck, called Kiguchi Noriaki was wondering about a rule set, convenient enough for all representatives of the big grappling styles, so an ultimate champion could be declared. He came up with the format, known as Combat Wrestling and soon enough, big names like Rumina Sato, Gomi Takanori, Imanari and many more, were crushing their opponents on the mats, applauded by huge spectator crowds. Later on, with the rise of MMA and the global expansion of BJJ, other rule sets came into play and Combat Wrestling fan base began to shrink…

Almost a decade later, following the success of sambo, judo and wrestling players in mainstream MMA, the debate about their grappling abilities arose on forums, such as Sherdog, where it was discussed at length, why ADCC, NAGA and such are not enjoying the entries of many sambo and judo grapplers. Truth is, all of those sports are heavily relying on pins in their ground work. And since BJJ scoring is completely different, they actually dont have many tools in the box to secure a medal. Some sambo players started experimenting with their local no- kurtka tournaments, mixing up sambo scoring with no- gi grappling… Up until 2013, when the bulgarian Ivaylo Ivanov came with the adaptation of no- kurtka sambo rules to the already existing Combat Wrestling format and formed the International Federation of Combat Wrestling (FICW). The original founder Kiguchi Noriaki gave his blessings to the newly found federation, permitted the official use of the name and accepted the post of Honorary President of FICW, joining forces with a strong international team to promote the most balanced grappling rule set up to date…

And so, the International Federation of Combat Wrestling (FICW) was born. After some test tournaments in Bulgaria and Mexico, the organizers are ready to take it to the next level and have currently announced the date for the 1st Combat Wrestling World Championship- 22nd of August in the resort city of Varna, Bulgaria. 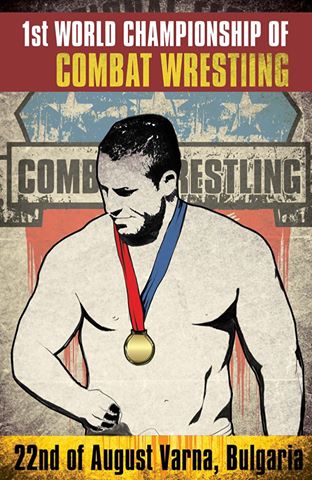 US, Canada and Bulgaria already have announced the trials to determine the national sellections to represent their countries at the worlds. Japan, Germany, Italy Mexico, Philippines and a few more countries are scheduling their team trials as well.
So, what is the big difference between Combat Wrestling and ADCC, NAGA and the others already existing submission grappling formats? Here we have a small rundown on the rules of Combat Wrestling:

-Throws are scored with 1 to 4 points, depending on the amplitude and impact of landing.
-Pins are scored similar as in judo and sambo- more time riding a pin brings more points.
-Almost all type of submissions allowed.
-Players restarted on their feet if no action on the ground.
-No points awarded for back mount.
-Matches last 5 minutes.

Just one glance at the rules and one can immediately realize that those guarantee plenty of action and none of stalling, standing or on the ground!
More information on the rule set and the future plans of the organization, you could find on their website combatwrestling.org

So let’s hope all goes well and we get to enjoy another style of grappling competition, making an actual attempt to reach for the wrestling/ sambo/ judo crowd and get them to join the BJJers under unified competition format, to test their skills.