Christian Broadnax, Ben Henderson’s Opponent In The Arizona Jiu Jitsu Open Finals: “I Was Never Intimidated By Competing Against Benson.” 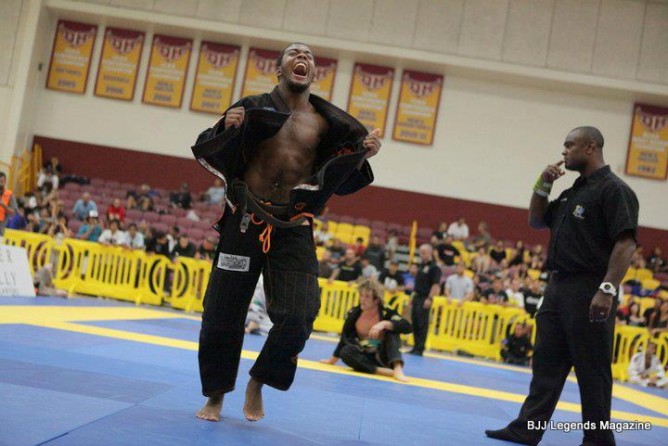 By now, many of you have seen the video of Ben Henderson winning the Arizona Jiu Jitsu Open. Since the event, Henderson’s opponent has sparked much interest from members of the MMA community.

His thoughts on competing against UFC lightweight champ Ben Henderson:

Broadnax went on to say: “I was never really intimidated about competing against [Ben Henderson] at all, to be honest. I was actually excited and a little nervous. I used to train grappling with many UFC fighters and actually do well with them. When I lived in Las Vegas, I would train with [fighters] like Forrest Griffin, Martin Kampmann, George Sotiropoulos, Miguel Torres, Gilbert Yvel , and Marvin Eastman, just to name a few. I currently train with Jamie Varner and Clifford Starks who are current UFC fighters. I really wasn’t phased by that. Whenever I compete I don’t really care about the name or the titles any of my opponents have, because in a fight anybody has a chance to win.”

It is clear that Christian Broadnax is a competitor. It is also clear that he respects the sport and his competition. Broadnax shared with Fight Parrot some of the goals he hopes to achieve in his jiu jitsu career.