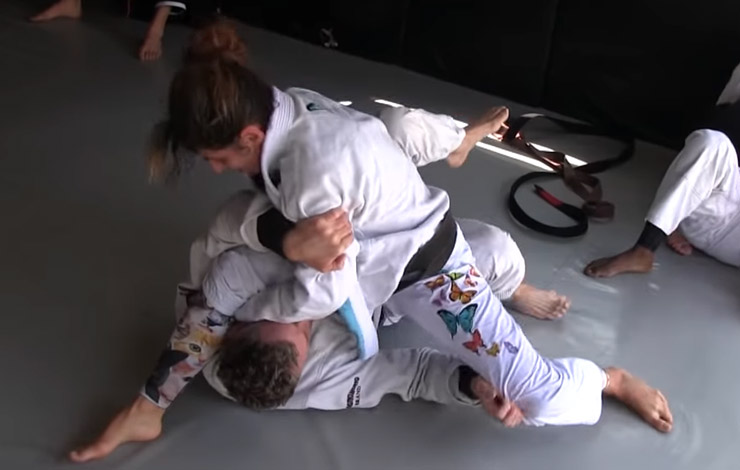 Chris Haueter is one of the first 12 non brazilian jiu jitsu black belts. He’s a pioneer of the sport and a big personality. According to some reports Haueter is even credited with the roll gauntlet plays in jiu jitsu lore.

This week he’s back with an interesting video depicting his roll with his black belt wife Melissa Haueter.

This is an outstanding clip showcasing even keeled exchanges that don’t rely on strength on either part. Meticulous exchanges leave many of us who have been in strength driven rolls astounded.

Of course rolling with gender disparity and huge weight disparity has often been the focus of the attention in the community: