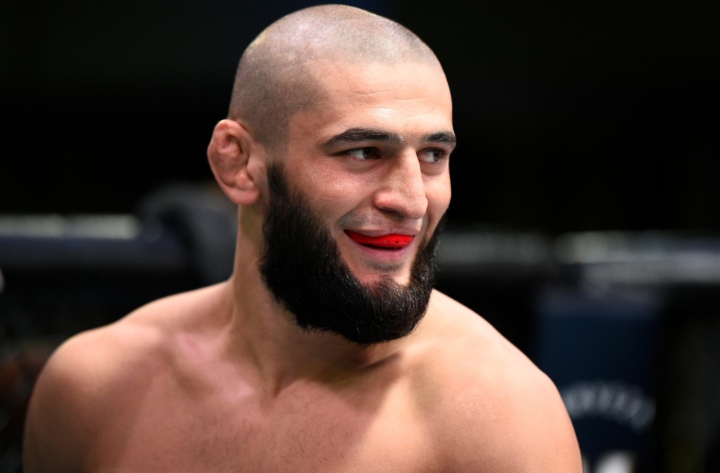 Khamzat Chimaev has made quite an impression.

Chimaev is surging at a rapid rate. After easily winning his first two UFC fights with just 10 days apart, the Chechen-Swedish prospect knocked out veteran Gerald Meerschaert in just 17 seconds at UFC Vegas 11.

Although he has no match scheduled, Khamzat Chimaev is enjoying himself on Fight Island. He was asked how does he see a fight going with current welterweight champion Kamaru Usman? Chimaev said in a recent chat with Dan Hardy:

“He’s a good fighter but doesn’t have that knockout punch like I have and doesn’t have wrestling like me. What is he going to do? If I do my hard work in the gym, nobody can beat me in the fight.”

About Paulo Costa and Adesanya:

“I think Paulo Costa was scared in this fight [against Adesanya at UFC 253].I don’t know why people are scared to go in the cage and fight. In the gym, everybody tough, hard sparring but when it comes to the cage, they are being chicken. I don’t understand this mentality.

“He’s [Adesanya] good in the standup but nobody did any wrestling with him. Yoel Romero, he only threw three or four punches in the standup. I can beat this guy. How is he going to come up from under me if I take him down? I don’t think he will. I’m going to beat his face.”

Chimaev is set to face welterweight contender Leon Edwards. on December 19. A big win on Edwards and the sky is the limit.