Chantre Counters Rickson: If a Student Left You, Look To Yourself & See What You’re Doing Wrong 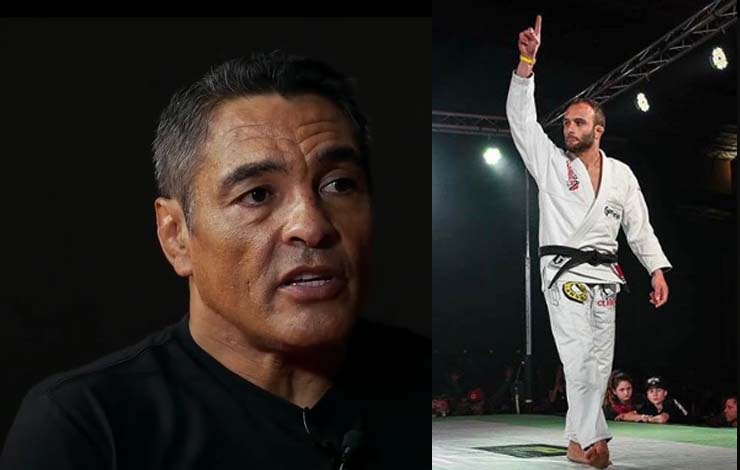 BJJ has always had a certain code of conduct attached to it. This has been a fequent point of contention in modern bjj because different lineages and individuals foster many different attitudes toward what’s acceptable and what’s not.

Indeed throughout bjj history there have been many individuals who opted to change up teams, coaches or even stat their own teams. This is widely referred to in a derogatory manner as “creonte” behavior.

Still legend of the sport and one of the most loved figures alive today in bjj believes that creonte behavior is still something to frown upon as observed in the video below.

Samir Chantre of Ares BJJ recently had a very interesting response to this clip making rounds through the community.

“Recently I saw many people posting a video where the great Rickson Gracie talks about cross training and being a Creonte (as he said, the person who betrays the instructor).

I’m from Carlson Gracie lineage, if you don’t know, he was the one who created this term (creonte) a long time ago.. Where many things were different…. but time changes, the society changes..

Back on those days, if you trained Nogi, you wouldn’t even walk around a bjj gym, they used to hate each other.. BJJ guys and luta livre (Nogi) guys would nearly kill each other maybe just because they would say their style was better than the other…

Times change, today we all do both and live in harmony…

Somebody that pays the gym is a customer, if you don’t offer what he wants, he will leave you.

Like if you join an university where you’re not satisfied with the teachers you’ll leave and find another one. You’re paying, You’re not the one getting paid.

And one more thing, if you don’t believe in cross training, don’t even waste your time responding to this post… You don’t live in the same World as I do… one quick exemple: look at the highest of the highest level where Leandro Lo, Buchecha, Felipe Pena, Rodolfo Vieira and many others train together all the time… all from different associations… Good luck telling them they’re wrong!

I’m very thankful my instructor was always good about it and would encourage me to train with other people… I improved so much with that… and today, after 20 years of Jiu-Jitsu and living thousand of miles away, he is still my instructor.

So if your student left you, you might wanna look to yourself and see what you’re doing wrong!”

He’s not the only one saying this either.  Wallid Ismail is an iconic figure in BJJ and MMA. A Vale Tudo fighter and MMA pioneer, his name is synonymous with Brazil’s old school tough guys. He holds high profile wins over members of the Gracie family and is well known for his aggressive style.