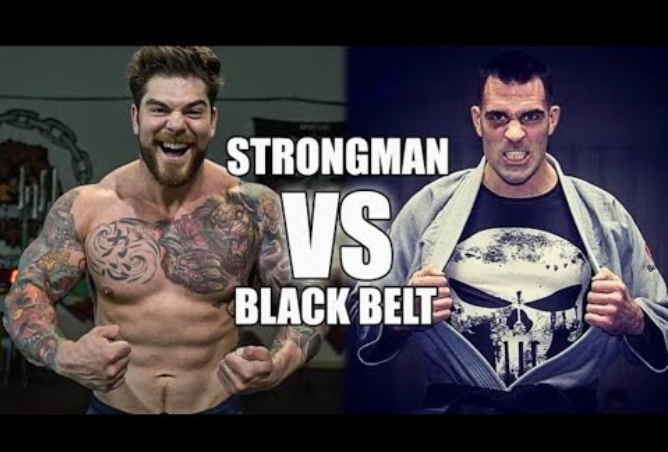 Joey Szatmary is a 6’2 250lbs strength sport athlete. He’s competed in CrossFit, Olympic lifting, and now in Strongman. He recently was on team USA for strongman. He is a full time gym owner and want to help others.

He has been training BJJ for a year:

He enjoys competing in BJJ and recently talked about the experience :

In his latest video, he filmed himself rolling with BJJ black belt Ricardo Migliarese of Balance Studios in Philadelphia.

“What’s up guys in the video you see a 250lb bodybuilder vs a BJJ black belt Ricardo Migliarese. Ricardo is a co-owner of Balance MMA one of the top BJJ/MAA schools in the country. We cover some bjj basics that can help you in your game especially in the half guard sweeps and half guard escapes.”