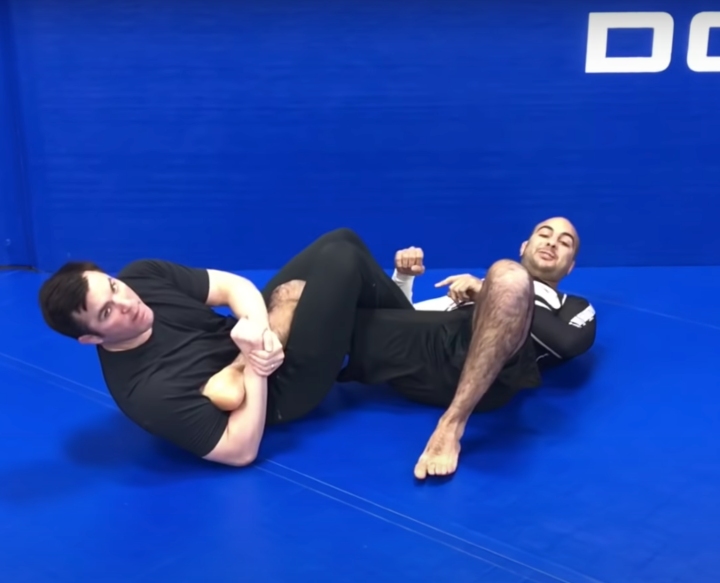 Leg locks in traditional Gi Brazilian Jiu-Jitsu academies still seem to get a bad rap. In other similar grappling arts like Sambo or Catch Wrestling, they occupy an important place.

In recent years a new school of Jiu-Jitsu players have started to perfect the leg lock game (Garry Tonon, Gordon Ryan and the Danaher Death Squad in No Gi and Luis Panza, Musumeci in Gi) but they are still not developed so much in Gi Jiu-Jitsu and may even be frowned upon because of high risk of injury (especially heel hooks) . Why would that be?

Leg locks are very effective but the problem is that they are also addictive. Once someone gets good at them, they tend to center their whole game around them and their may other aspects of their game gets negatively affected. Many leglockers at the lower levels often have faulty open guards. When their opponent defend their foot lock and get on top, their guard is so week that they always get smashed and get their guard passed…

Leg lockers spend much less time on developing more important aspects of their game like developing a good guard, guard passing, and improving position. They just been focus on getting the easiest submission available: The leg lock.

BJJ legend Jean Jacques Machado who is a former ADCC champion and also the instructor of Eddie Bravo and Joe Rogan believes that leg locks should only taught to students from blue belt onwards. He explains his reasons in this video.

John Danaher, following the heel hook victory of his student Neiman Gracie over the very game Jon Fitch, talked about on social media just how leglocks work fantastically in MMA:

Then when the squad started beating higher level opponents in submission only tournaments the same critics claimed that they wouldn’t work in a points tournament of the highest level such as ADCC. Then when the squad (and others) beat numerous opponents with leg locks in ADCC the critics retorted that they may work in grappling but you couldn’t use them in MMA because you would get pulverized by strikes if you so much as attempted them.

I always laughed and shrugged my shoulders at this argument – the same way I did when the early critics said leg locks wouldn’t even work in grappling. There is nothing special or unique about leg locks. They are like any other martial arts technique – IF THEY ARE UTILIZED WELL AND AT THE APPROPRIATE TIME – THEY WILL WORK WELL. IF NOT, THEY WON’T.

Every move has its good point points and bad points – their success or failure is not based on the move itself but rather upon our ability to exploit its good points while avoiding the bad points. I have seen grapplers who used triangles, arm bars, Guillotines, lose control of them and get pounded into defeat – yet no one claims triangles, arm bars or guillotines should never be used in MMA. Moreover, there is plenty of historical evidence of leg locks being used successfully in mma for a long time. Understand that the success or failure of your moves is tied much more to the quality of your applications of the move than to the moves themselves.

Almost all of the major traditional moves of Jiu jitsu are capable of winning a fight if your use of it is good. Focus on the quality of your application to make your moves work rather than what people try tell you will work and you will find your own creative ways to victory as Neiman Gracie did last night with this beautifully applied hybrid inside heel hook/knee bar leg lock over one of the greatest welterweights in history.”