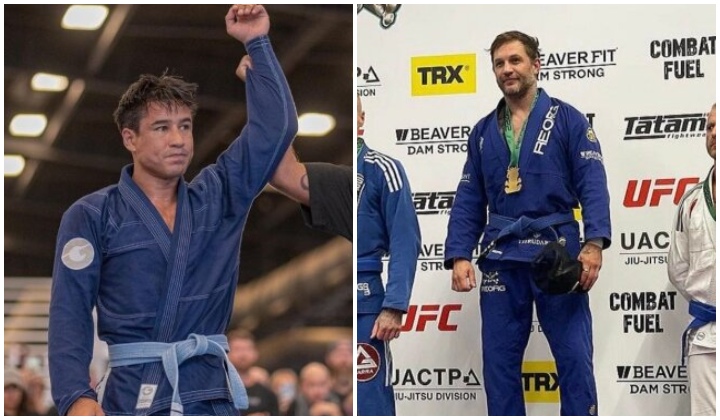 There’s no secret that Tom Hardy loves training Brazilian Jiu-Jitsu. Now a four-stripe blue belt, the famous actor often posts photos from training on his Instagram. And, it seems that he doesn’t enjoy just training BJJ, but competing in it as well!
In fact, he recently competed at the REORG 2022 tournament… And won gold!

One of the matches was recorded and uploaded on YouTube. In it, Hardy’s opponent pulls guard and gets him into Closed Guard at first, threatening the Triangle. However, Hardy defended against it well, and then established the Knee On Belly position.
He then transitioned to North-South and threatened a Kimura. As his opponent was defending, Tom went for an Armbar – and eventually got the tap.

With that said, additional footage has emerged of Hardy standing as the gold medal winner of the no-gi part of the tournament as well! 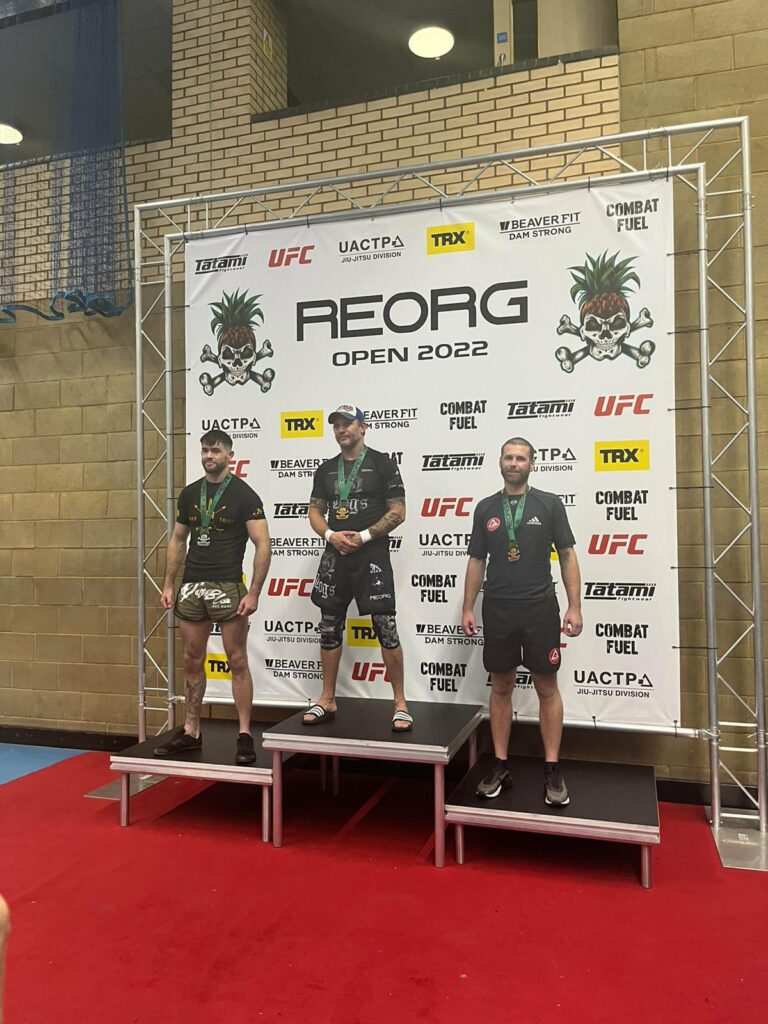 Tom Hardy was promoted to the rank of a BJJ blue belt a bit less than two years ago, but has been training as far as back in 2011. Back then, he was preparing for his MMA fighter role in the movie “Warrior”; which marked a beginning of his sporadic BJJ journey.
However, the actor started taking Brazilian Jiu-Jitsu much more seriously in the recent years, now training and competing under REORG Jiu-Jitsu.

In America, another superstar has been training and competing in BJJ.

Mario Lopez, the “Saved by the Bell” TV show star, isn’t just a great actor… But he’s also a committed and successful Brazilian Jiu-Jitsu athlete and competitor! Most recently, he competed at the Phoenix IBJJF Open, in the Masters 4 blue belt light division.

The video on Lopez’s Instagram profile shows neat takedown and pressure guard passing skills. In the end, he won the gold!

Mario Lopez has been training BJJ for over four years. Now a BJJ blue (and, as it seems from the stripes, a soon to be purple) belt, Lopez said that he trains BJJ “more for the sake of sanity than vanity”:

I’ve always loved martial arts. I always grew up wrestling and boxing. When I had my first son, he was very hyper and I wanted to teach him discipline, respect and self defense – all great attributes in life. Once I got him into it, I wanted to get into it too.
It’s like physical chess. I work out more for the sanity rather than the vanity, it helps with stress.

He even got his kids into Jiu-Jitsu and absolutely loves training:

Jiu-Jitsu is like physical chess. You’re constantly learning and expanding your mind. I just love it! I love the community and everything that it’s about and that I get to do it with my kids.

Now rumors have surfaced on IG on an account associated with BJJ competitor Jeff Glover.

The poster featured both stars in a Gi BJJ superfight.  Mario Lopez seems interested in the match as he reacted by sharing the poster on IG and posting Tom Hardy. The match if it were to happen, would probably be for charity. Hardy notably represents the military veteran association REORG. 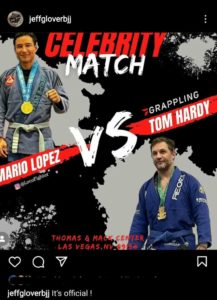 So who has the advantage. Mario Lopez has been training for longer and also has a solid Wrestling background. Let’s see what happens… 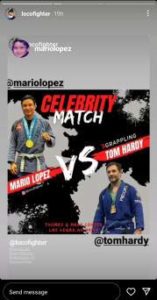