Casinos That Have Hosted MMA Events 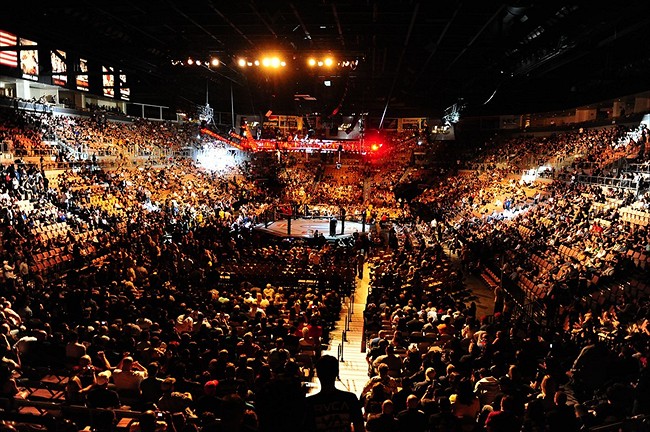 As one of the fastest-growing sports in the world, MMA events typically sell out arenas. Considering the action-packed bouts that characterize the sport, it’s hardly surprising that it’s become a hit with audiences worldwide.

Many MMA fans have even taken up the sport on an amateur basis; spending time learning how to apply Kuzushi in Brazilian Jiu-Jitsu and other moves is all the rage. After all, MMA is a sport that involves mastery of various martial art forms, including wrestling, judo, karate, boxing, and jiu-jitsu.

Becoming a champion in this sport isn’t easy; it requires knowing when to kick, punch, and wrestle opponents to the ground.

MMA contests take place in a cage or octagon surrounded by metal fencing. Due to the nature of the sport, traditional boxing rings or tatami mats generally aren’t used, unless the event is an amateur one.

The Ultimate Fighting Championship is the most well-known MMA organization in the world; it also has the most pull.

As home to some of the best hotels in the world, Las Vegas is one of the most popular destinations for MMA fights, with casinos being the prime venue for these events. Casinos outside Las Vegas have also hosted MMA events, so keep an eye out for them if you’d like to attend one in person.

Casinos are a great location for MMA fights because, in addition to watching their favorite stars, fans can spend time playing table games and slots and enjoying all sorts of other forms of entertainment.

Keep reading to learn about some of the casinos that have hosted MMA events.

The Coeur d’Alene is one of the best locations to watch an MMA fight in the United States. The casino sits on the shores of Lake Coeur d’Alene, where visitors can enjoy boating, fishing, and hiking trails when they’re not playing their favorite casino games or watching an MMA fight.

Fans have traveled across the country to watch fights at this casino, including the King of the Cage showdown and the World Fighting Championships. When they’re not enjoying the show in the ring, they spend time playing their favorite slots and table games in the casino.

Even if you can’t travel to Coeur d’Alene anytime soon, you can play your favorite casino games like roulette, blackjack, and poker online. Online casinos like Global Poker offer free poker, making it easy to participate in your favorite games without leaving your sofa. 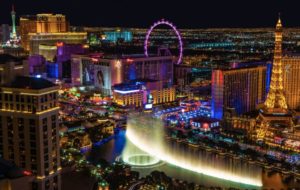 This iconic venue was once known as the Mandalay Bay Events Center and has hosted some of the biggest UFC fight nights in MMA history. The location is the home of former WWE and UFC heavyweight champion Brock Lesnar. The famous fighter cemented his name in UFC history after winning the heavyweight title at UFC 100.

Lesnar decided to try his hand at the sport after success in the NFL and the WWE. Lesnar was already famous among WWE fans, but he reached a new level of fame while fighting at the Michelob Ultra Arena, where he participated in various fight card events.

This venue was also where Brazilian Anderson Silver rose to fame during UFC 64’s big show when he beat Rich Franklin to win the middleweight title, making it a historic location for MMA combat.

Eddy Torres and Black Bilder faced off at the casino in December of 2021 in a bout of cage combat that became one of the most talked-about fights of the year. The hotel hosts the Cage Fury Fighting Championships (CFFC), one of the fastest-growing regional MMA promotions in the US.

Many fighters who’ve trained in Atlantic City have gone on to have stellar careers in the sport, and the casino is home to many of the top CFFC fighters, including Jim Miller, Kimbo Slice, Aljamain Sterling, and Paul Felder.

The MGM Grand Garden Arena has hosted several fighting events over the years, making it one of the world’s most popular MMA fight locations.

The historic casino became the unofficial home of the UFC and has hosted 43 fights over the past 20 years. It all started with the Tito Ortiz and Chuck Liddell rivalry, which would become one of the greatest rivalries in UFC history. The MGM Grand hosted many events as the sport sought to find its footing, and today is one of the most famous UFC venues.

Anderson Silva’s farewell bout and Georges St. Pierre’s final fight are some of the historic moments the world has witnessed at this hotel. MMA fans worldwide will also remember Chris Weidman defeating Silva in back-to-back knockout wins at the casino.

Pearl at the Palms, Las Vegas

The last casino on our list has also hosted some big MMA fights. Matt Hamill and Roy Nelson have both won matches at the Pearl at the Palms, helping to put it on the map as one of the best venues for UFC fights.

Matt Hamill’s victory over Jon Jones at the casino is possibly the most famous event the casino has hosted. Jones was on the brink of beating Hamill when the judges accused him of cheating, penalizing him for using his elbow and illegal nudges.

Despite the defeat, Jones’ fighting career continued, eventually gaining GOAT status as a light heavyweight in the eyes of many fans.

The final show of the Ultimate Fighter (TUF) takes place at the Palms each season, so the destination is well-known to MMA enthusiasts worldwide. One of the most popular TUF finales was the tenth edition which featured several heavyweight competitors, including Roy’ Big Country’ Nelson, Kimbo Slice, Matt Mitrione, and Brendan Schaub.