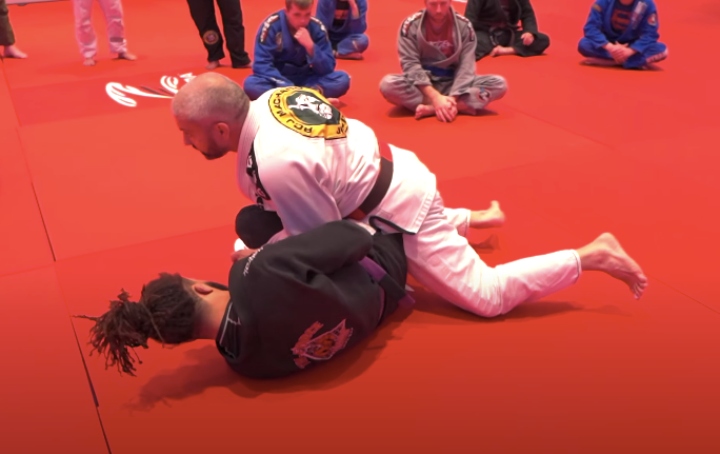 It’s no wonder that Brazilian Jiu Jitsu is always compared to chess! It offers so many options and possibilities for going forward with your game… That the quantity of combinations cannot be comprehended. However, the thing is that chess has some very essential tactics – such as openings – which most recreational players don’t know about. The lack of knowledge about these approaches, as a result, can restrain any player’s true capability.
Same thing with BJJ; if you don’t know some of the more fine-tuned details of it, you won’t be as successful as you’d like to be. Such as if you don’t add pressure against your opponent and make them react before passing their guard!

Generally speaking, BJJ athletes often focus too much on the techniques, and far too little on the more subtle, detailed aspects of the sport. They want to learn as many techniques as possible, in as short of a time span as possible! They browse Youtube videos, buy various instructionals, search for fancy moves that they might hit once in a hundred years…
To put it in simple terms, they believe that the road to progress in BJJ is paved with knowing a lot of techniques.

This, however, is a wrong approach. There’s absolutely no way that you’ll ever be able to learn all of the techniques, nor that you’ll be able to remember all of the ones you’ve practiced; it’s simply not possible! What should be done instead is setting a goal of learning a solid number of techniques; paired with investing more focus into understanding the concepts that make these – and other – techniques work.

The matter of the fact is that, by shifting your gaze more towards the concepts, you’ll be better in executing every technique that the concept in question applies to. And, as we mentioned previously, successful guard passing isn’t made up just of techniques; but out of using your pressure properly and eliciting a response from your opponent first.

Let’s see how Carlos Machado does it in one of his demonstrations.

What Carlos Machado says and demonstrates can be easily summarized in one sentence: when guard passing, make sure that you’re using your pressure first – so that you make your opponent react. After they react, you can pass them much, much more easily than it would be the case otherwise.

For the sake of an example, Carlos has a student grip both of his sleeves and place his feet onto Carlos’s hips. Now, what a lot of Jiujiteiros would attempt to do from here is that they’d try to grab the opponent’s pants, posture up and then circle around in an effort to pass.
Sure, this might work from time to time. However, Carlos points out that what’ll usually happen (especially against a skilled opponent) is that they’ll be able to strengthen the applied tension; securing a much more advantageous position against you than before.

So, what’s the right way to pass this guard? It’s to keep your base low – don’t try to stand up just yet – and then push against them. Once your opponent reacts by pushing back, you’ll get your elbows heavy and then simply walk back bit by bit.
What’ll happen is that the opponent’s feet will simply fall off of your hips; plus, you’ll be able to grip their pants with much more ease. Paired together, you’ll now have a much easier time guard passing!

Watch the video below for Carlos Machado’s demonstration: