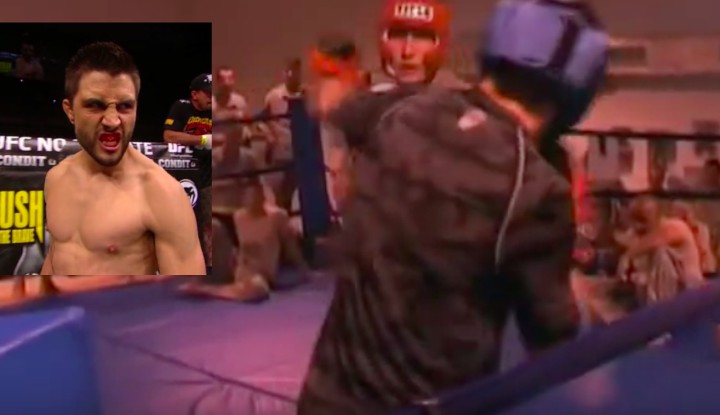 Michael Bisping was this week on the popular podcast ‘Believe You Me’ and he recalled the story of when himself, BJ Penn, Urijah Faber and Carlos Condit visited the US armed forces in Afghanistan.

Bisping told a crazy story about Carlos Condit aka ‘The Natural Born Killer’ who got sucker punched by a special forces soldier and came back to knock him out cold.

“We did some very cool stuff and one of the things we did was go to an outbase where there was a very small camp set up, very little people and it was where some special forces, badasses basically, a small group of hardcore special forces guys and they had a tiny little gym set up.

“In that gym was a boxing ring and we went in there and we were meeting these guys and just shooting the s*** talking to them and then one of them says ‘would you like to spar?’

“I was like ‘alright cool. I’ll spar with you.’ So we put the gloves on and I’m just messing with the guy throwing out a couple of light jabs.”

Then Condit came in and put gloves on:

“To be fair, the guy was cool. We had a nice friendly spar and I threw a few jabs and I took it easy and that was that, we finished.

“One guy then says to Carlos Condit, another one of the special forces guys, ‘do you want to spar’ and Carlos Condit says ‘yeah, sure, no problem.’

“Oh, and by the way, they call him the Natural Born Killer, that guy is cool as f***. He never raises his voice and he’s super mellow.”

“They put the gloves on and the special forces guy says ‘how hard do you want to spar?’

“So the guy says ‘cool’ but then all of a sudden, right then and there the special forces guy BANG … he sucker punches him as hard as he can and I mean a f***ing hard shot and Carlos goes down to the floor.”

“It was a big heavy shot, but Carlos gets up, shakes his head, get’s his s** together, and then just goes at the guy.

“Everyone in the room was looking around like holy s***.

“I was like ‘oh Carlos, I’m not sure that was the best thing to do,’ but fair play, ever since I saw that I was like he’s a bad motherf***er man. He’s a great guy.”

We found the footage:

To take your single leg X and ashi games to new heights you will want to check out the best-selling Craig Jones Down Under Leg Locks 4 volume instructional available from BJJ Fanatics! 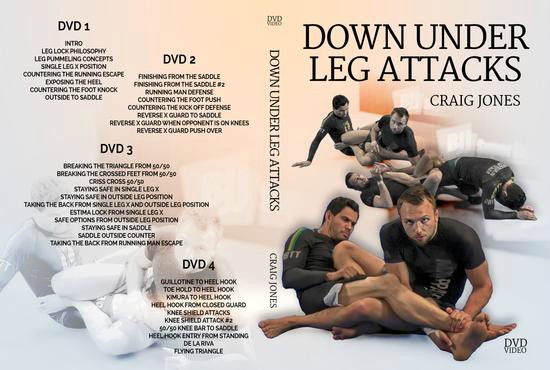