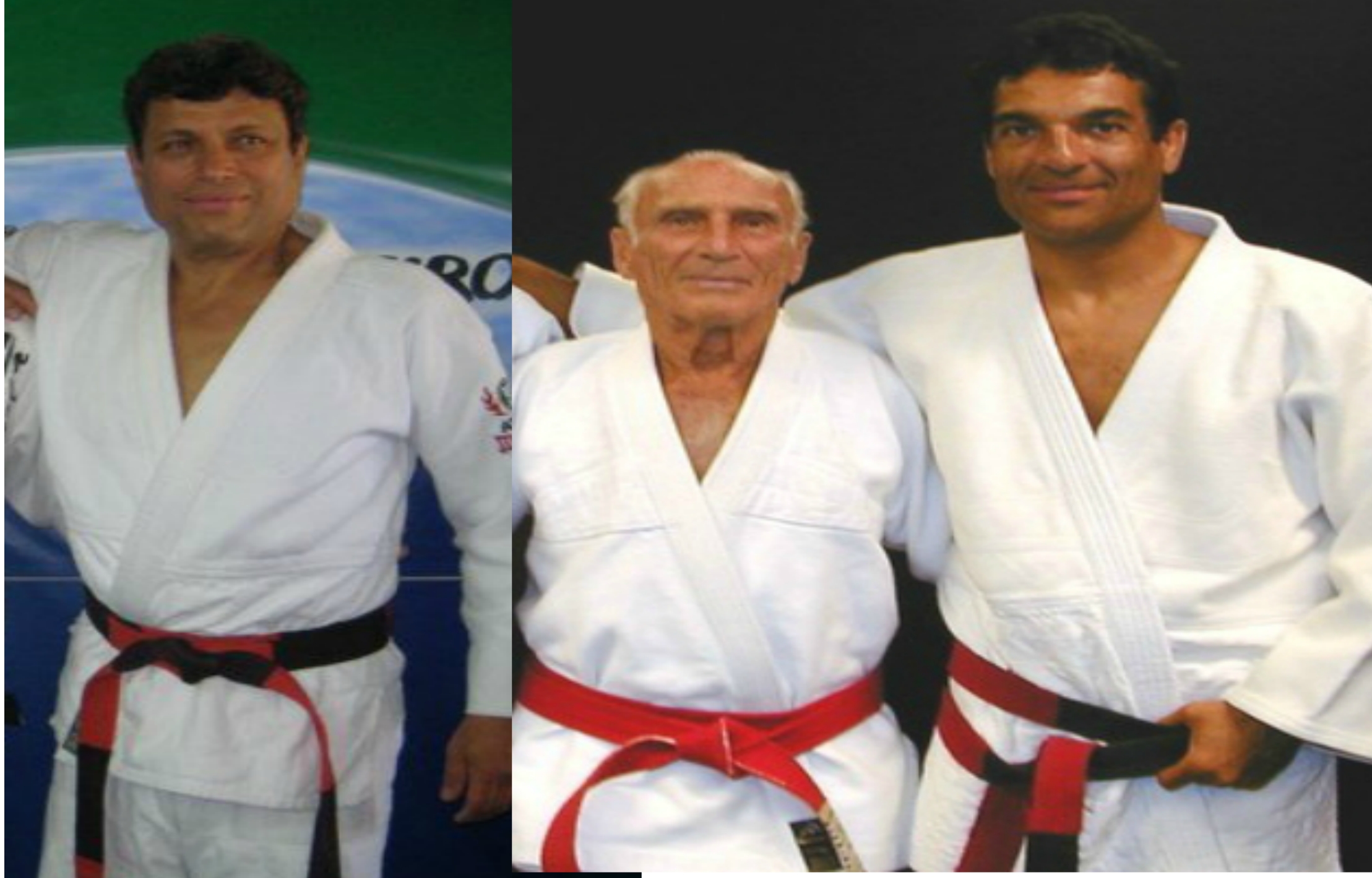 Carley Gracie, is a 9th degree Red Belt and son of Gracie Jiu-Jitsu founder Carlos Gracie. Carley is the father of Clark Gracie. He is the oldest member of the Gracie clan still donning a gi and stepping on the mat to teach.

Carley made his way to America from Brazil, fought challenge matches, and built up his school and the family name over the next several decades.

Carley has had his share of feuds with Gracie Family members. His cousin Rorion Gracie was his biggest rival. He even had a fist fight with his uncle Helio Gracie!

Carley Gracie’s fist fight with his uncle Helio was one of the most serious events in the family. It was described in Reila Gracie’s book (Carlos Gracie, the Creator of a Dinasty):

The episode occurred at the gardens of the Gracie house in Teresópolis, having Rorion, Relson, Cárlion and some of the younger brothers as witnesses. Carley tells that he was next to the stables when he heard the following comment from his uncle: “You are as dumb as the horses you take care of!” – Rorian who stood beside him laughed.

Upset, Carley turned to his cousin and said “uncle Helio can talk whatever he wants because he’s my uncle, but you’re not. Laugh again and I’ll punch you in the mouth.” Helio did not take the comment lightly and told Carley “pretend I’m not your uncle, let’s settle this right here, right now” and before Carley said anything he threw a punch that grazed Carley’s face. Carley reacted with a takedown and landed mounted, throwing punches to Helio’s face which opened up his eyebrow. The fight was separated, after which Helio said he had faced “a buffalo filled with adrenaline” in an apologetic tone. 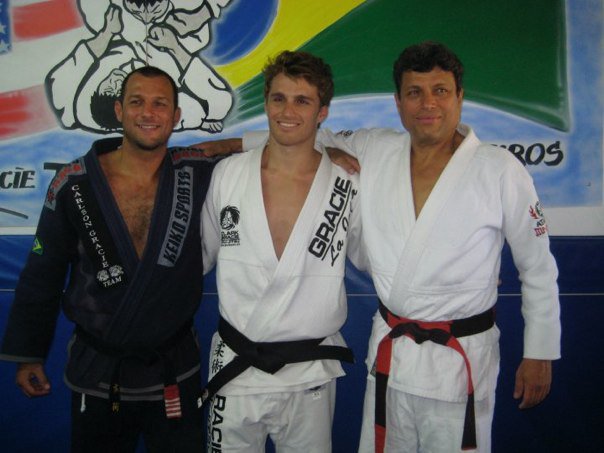 In 1999–2000 he was involved with a legal dispute with his cousin Rorion Gracie for trademark infringement. Rorion ultimately won his lawsuit and was awarded $108,000 in damages (along with $620,000 in attorney’s fees) from Carley for infringement of the triangle logo trademark. Both sides appealed, but Rorion’s appeal was dismissed. After Carley filed for bankruptcy protection so he would not have to pay the attorney’s fees and damages. The Ninth Circuit Court of Appeals ruled in Carley’s favor, affirmed his victory over the Gracie name and ordered the District Court Judge to cancel Rorion’s federal trademark registration.

In an interview with Combat magazine:

COMBAT: Did you try to settle this dispute in the time honoured Gracie way — by a fight?

CARLEY GRACIE: Yes, but it didn’t work. Before the lawsuit was filed, while Rorion was suing one of my brothers, I met with Rorion in Los Angeles to see whether the matter could be worked out. During the meeting Rorion challenged me to settle this matter through a fight. I accepted immediately and offered to do it right there — in the conference room — or to go to a neutral dojo and settle it on the mat, but Rorion became evasive and starting making excuses (that he was retired from the ring, that his shoulder was bothering him, etc. etc.) I suppose I shouldn’t be surprised, because Rorion has always lost when we fought and it would have made no sense for him to pursue a venue where he would expect to lose.

Rorion and I are fairly close in age, and from the time we were teenagers, his father Hélio issued many challenges to my father Carlos, and so we would go to [the] Academy on a Sunday (when it was closed). We fought a sort of modified vale tudo (without damaging the opponent) and I would always win. After Hélio trained Rorion for another six months or so, the story would repeat itself and we would fight again. I fought Rorion eight times and I won every one! My father would tap his brother Hélio on the shoulder and say ‘Try again!’ So this time, Rorion will try his luck in the Courts.