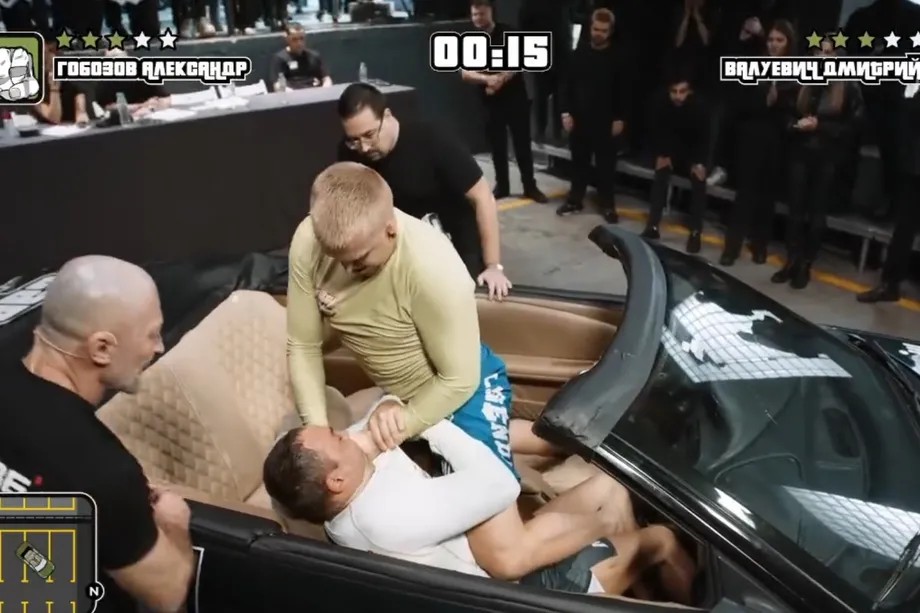 When you train and compete in Brazilian Jiu-Jitsu, there are two ways that you can start the match (depending on the tournament ruleset). You can either start standing – going for a takedown, throw, or a guard pull; or you can sit guard. However, what if you’re doing Jiu-Jitsu in a car? Are you prepared for that scenario?
Well, Car-Jitsu definitely exists. BJJEE has written on it before, but this version of submission grappling has now started experiencing great growth in Russia.

The person behind Car-Jitsu is Vik Mikheev, who is a BJJ and Judo black belt, as well as an MMA fighter. His YouTube channel has millions of views:

In 2020, I came up with the idea of doing competitive grappling in vehicles. Since October of 2020, I and my friends run small tournaments of Car-Jitsu to study the aspects of Jiu-Jitsu application in such a confined space.

The rules are simple. The match lasts for two rounds, with each athlete starting the round on the driver’s seat; and the points are awarded for gaining an advantageous position and for a submission.
Everything inside the car – including the safety belts, steering wheel, mirror and chains – can be used to gain an upper hand in the match.

In this recent match, we saw a choke where one fighter used a seatbelt: