Can Your BJJ Become Good For Self-Defense… If You Only Train Sport BJJ? 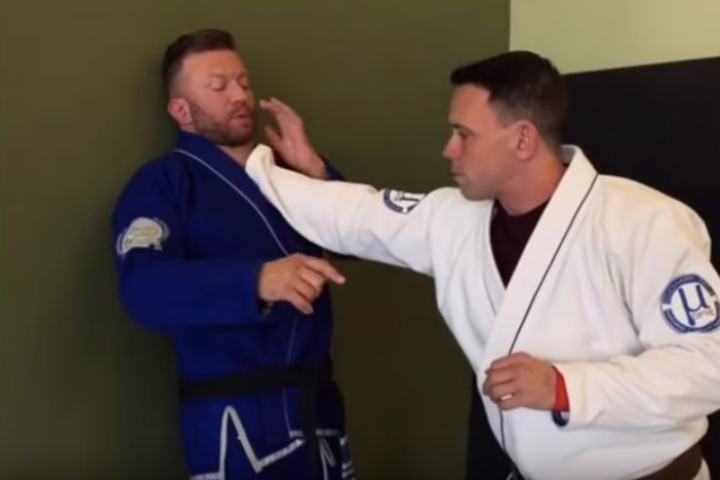 The vast majority of Brazilian Jiu-Jitsu academies worldwide today put little, if any focus on BJJ training for self-defense. For, their primary focus is the so-called “sport BJJ”; which is completely geared towards training and competition per se.
There is nothing inherently wrong with this type of training. However, if you’re in an academy that focuses on sport BJJ but you want to be able to defend yourself in a street altercation as well… Then there are 3 things that you can do.

You know what they say: “Position before submission.” It’s a saying that won’t get you far just in training, but also in street fight situations; for, if you’re able to control your opponent, you’ll be able to defend both yourself and them from unnecessary harm.
So, when you train, focus on becoming extremely good at controlling your training partners. Don’t let ’em move.

Secondly, if you wish to become proficient in things that will make your self-defense a lot better, then do less fancy moves in training. Instead, start focusing on the staples of BJJ; basic positions, basic submissions… Refine them to the point of perfection.
And finally, as often as you can, try to think “what you’d do from ‘here’ in a self-defense scenario”. That is to say, whenever you find yourself in a given position, think about how you’d defend or attack from there with strikes and kicks involved.

Nick “Chewy” Albin shares more advice on the video below: