Can You Truly Feel Safe On The Street If You’re a Guard Puller? 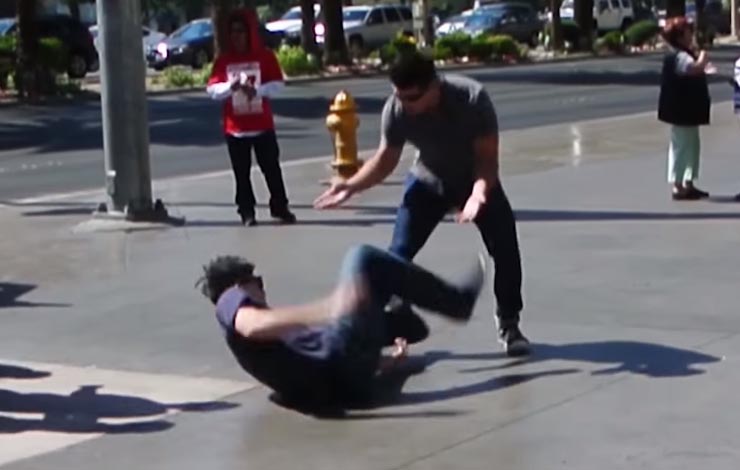 Jiu jitsu is widely considered one of the best martial arts to be acquainted with if you’re running into risky situations and or interested into self-defense.

In fact even one of the greatest coaches around – John Danaher only became interested into jiu jitsu due to his then job as a bouncer.

Apparently during Danaher’s tenure as a professor of philosophy at Columbia he was also moonlighting as a bouncer!

Sure enough one of his friends was quick to suggest bjj to Danaher! All of this happened back in 1993.

Naturally John Danaher who vastly outweighed his friend offered a friendly sparring match. The doors of his Columbia office were locked and the fight was on!

“I was dismissive, brazilian wrestling…. ” Danaher continues “So I lock the door and immediately put him in a headlock and throw him on the ground. So, I now have this tiny guy who has been doing jiu-jitsu for 2 weeks in a headlock on the ground and I’m trying to pull his head off and normally this used to work very well for me in bar fights. “

“I was a big guy so I just squeezed my biceps… Minutes went by when finally my arms started getting really tired. Suddenly dawned on me I wasn’t beating him, I wasn’t getting beaten either but a skinny guy who has only been training for 2 weeks.. I was intrigued”

All martial arts systems reduce the unpredictability of a real fight situation by managing the different variables in a more or less realistic way. And stand up skills are more than necessary. Still there are some considerations that one must make: the surroundings of the confrontation, the type of a person you’re facing and also how to deal with adrenaline charged situations.

Getting to know yourself in stand up situations is essential in order to be safe because you have to build a comfort zone in every aspect of a potential altercation.

So whether you prefer judo or wrestling it’s extremely important to carve out a room in which you feel comfortable with – comfortable in competition and comfortable in any kind of real life situation regardless of whether you’re facing someone unfamiliar or familiar with martial arts.