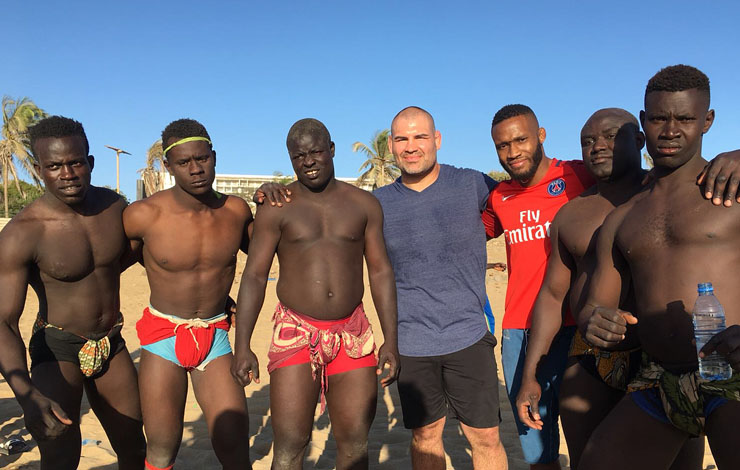 Cain Velasquez is former 2x heavyweight UFC Champion – however due to serious injuries – he hadn’t been in the octagon since 2016 and only came back last year, losing by TKO to Francis Ngannou, before retiring from MMA.

This lead to the admirable fighter discovering Senegalese Wrestling!

Known as laamb, the traditional form of wrestling is at the core of Senegalese society, where winning can be a ticket to a new life, like Cain Velasquez found out when he travelled to Dakar.

Beach wrestling in Dakar Senegal. Wrestling in so embedded in the culture all ages wrestle for fun. #wrestling #dakar #laamn #africa #senegal

With the champ and the future champ. #AndStill #AndNew #ufc220