Buchecha vs Vieira: The Slaughter House 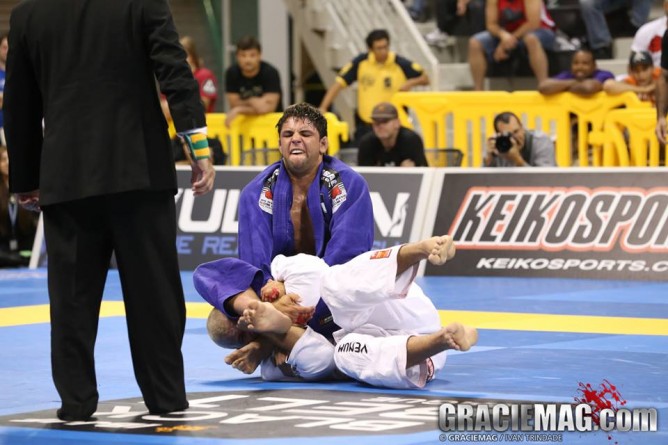 Written for BJJ Eastern Europe by Dan Faggella, a BJJ Academy Owner, No Gi Pan Am Champion at 130 pounds, and recognized expert in the area of leg locks. Dan writes or Jiu Jitsu Magazine, Jiu Jitsu Style, MMA Sports Mag, and more – find more of his leg lock articles and resources at www.BJJLegLocks.com

Marcus Almeida “Buchecha” fought Rodolfo Vieira this year at the 2013 IBJJF Worlds in the Black Belt final and completely dominated. Let’s take a look at the match itself and see what Buchecha did to win the title. To learn more about Buchecha or Vieira check out these articles I provided.

Check out the match here

The match starts with Buchecha shooting for a takedown but he was too far away to effectively be able to engage Rodolfo. Rodolfo puts weight on him but doesn’t fully sprawl to the mat and the fight is back on the feet. Buchecha pulls guard and Rodolfo stands up and is holding Buchecha.

Buchecha uses this opportunity to attack Rodolfo’s feet for a successful sweep for top position. Things are already looking good for Buchecha because it is statistically proven that the first fighter to score points in a match is more likely to win. 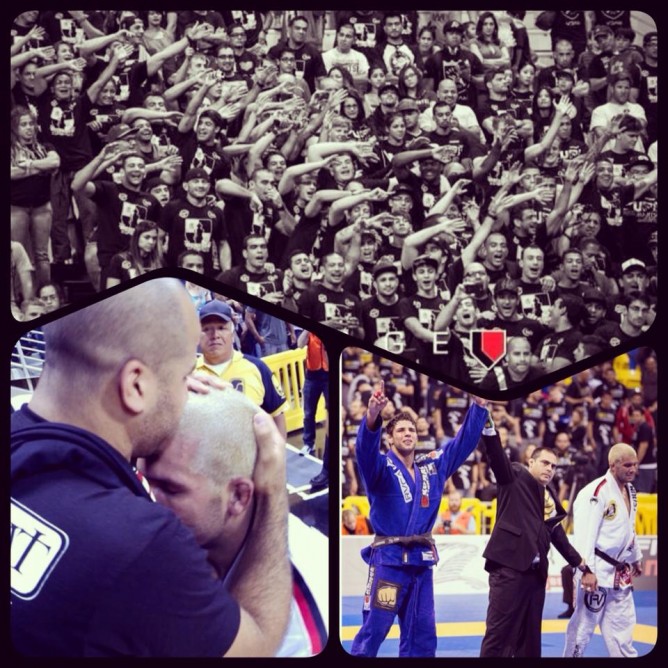 Rodolfo stands up with Buchecha on his back and Buchecha switches to the front and pulls guard again. Rodolfo is starting to past Buchecha’s guard on the way down and Buchecha turtles up. Buchecha rolls back in and takes top in the transition to be placed in Rodolfo’s guard.

Rodolfo is playing a spider guard and switches to a X guard which Buchecha passes into the mount. Buchecha starts working for an armbar and time runs out. Buchecha wins 9-0 on points.

Buchecha completely dominated the match the whole time and won the hearts of the crowd, the fans were ecstatic the whole time chanting his name. It seems that Buchecha was on another level in this match, almost like a white belt rolling with a brown belt. Buchecha’s success comes down to some basic principles in BJJ; always thinking steps ahead, having an elusive sweep game, transitioning from failed submissions to a better position, and taking initiative.

Rodolfo’s efforts also earn him good credit. He was able to take the back of Buchecha and effectively defended himself from Buchecha’s chokes when he was on his back. Rodolfo’s downfall was it seemed as if he was reacting to what was happening instead of planning steps ahead. He would also get into position, consolidate, fight for a sweep, fail, give up, and not instantly work on another option.

Buchecha seized these opportunities to implement his game. An example of this is in the end when he passed Rodolfo’s X Guard. When he took the mount he made it so he fell in position for an attack. He had the options of an armbar and a rocking chair back take but chose the armbar until time ran out.

If you are interested in more match breakdowns from the 2013 Worlds and exclusive interviews you can check out my articles here!  After this great display of Buchecha’s domination we can only imagine and hope to see what lies in his future.