Bring The Pain With the Shin Whizzer to Darce 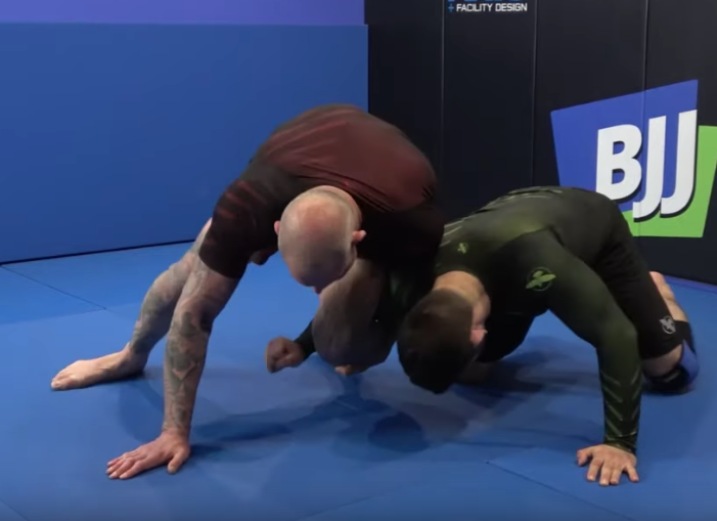 The shin whizzer is a technique that your opponents often don’t expect, and it is a powerful starting point for a whole rainbow of colorful submissions. In these two videos from Neil Melanson’s new Shin Whizzer instructional on BJJ Fanatics , Neil covers both how to enter into the shin whizzer itself, as well as how to use it in order to get a switch darce choke.

Neil Melanson starts off by saying that he will show this technique from a variation of the butterfly guard, where one of the feet goes to the outside of his partner’s knee. He says that he prefers this position to the standard butterfly guard for a lot of reasons, such as that he can use it to easily follow his opponent if he decides to move laterally. In the case of a shin whizzer itself, he prefers this variation because it gives him freedom to move into the technique with less obstructions; as one of his legs is not being blocked in any shape or form.

The Most Important Point To Remember

Then, he emphasizes the most important step to getting an entry for the shin whizzer: you have to get your opponent to commit to your leg. This is usually done, as instructor Melanson says, by making your opponent react to something you did.

The way instructor Melanson shows to do this is by pushing his training partner into his shoulder with his hand and – most importantly – by hitting him with his knee into the chest. This „knee hit“ not only gets Melanson’s hips a bit closer to his partner’s; but it also provokes a reaction on his side. This reaction comes in a form of his partner (and your opponent) wanting to remove the problem, the source of unpleasantness away from him – and that source is the knee.
He does this by instinctively grabbing onto instructor Melanson’s leg that is posing the problem; or by taking it a step further and grabbing below that leg, onto the leg which is down on the floor. In the latter case, instructor Melanson says that you immediately have the shin whizzer. And if not – that is, if your opponent only grabs the first leg – then no problem. That is when we start playing the shin whizzer game.

Neil Melanson traps his partner’s arm by going over it and grabbing his own shin, holding it tightly. He now has the lock in place and is ready to go: with his back arm posted, all that he has to do now is to hip out and pull his bottom leg out (if he is in a standard butterfly guard – if it is the variation in which the foot is on the outside of his knee, then this leg is already free). He then firmly posts this leg.
Then, to get the submission shown in the video, he shifts his shoulder pressure onto the training partner’s shoulder, while pushing the partner’s forearm into the back of his leg.

But, what if they don’t grab my leg?

If the opponent doesn’t commit and grab your leg, Melanson shows that all you need to do is to pull that arm towards your leg, establish a good head position. Then, grab and catch that arm, locking it into place.

Coach Melanson also shows a half guard example, where your opponent goes under your leg, grabbing the other one. In this case, you immediately have most of the shin whizzer in place – you just need to lock it by grabbing your shin. Then, get your back hand posted, pull your other leg out and hip out to get into position.

Getting Up From Bottom Position Variation

Another variation is when you try to get up from the bottom position and the opponent tries to reach for your leg. Coach Melanson shows this with an example when he pushes into his training partner’s chest and then pulls his head down, holding it down while he goes to stand up. Then, the partner grabs his leg.
What he does from there is to, yet again, get the lock into position first. Then, he hips out a bit to increase the strain on his partner and pushes his arm against his leg if he wants to get a submission.

Now that we’ve seen a basic entry to the shin whizzer, let’s see how to use this technique in order to transition into the switch Darce submission.

Coach Melanson and his training partner start from a shin whizzer position, but with one crucial difference: the training partner has a good grab on instructor Melanson’s leg and he doesn’t let him post his leg out. Then, his partner starts standing up and shuts Melanson’s leg even further – which is a very bad position.
That is an important moment to „start going“ in Melanson’s words, as this position is already making him to start tilting to the side and as he’s in a danger of a leg lock.

So, to prevent that from happening, instructor Melanson goes for a forearm roll and grabs his partner’s ankle, coming to the top position. From there, he shuts down the partner’s leg with his arm, reaching behind his head with the other hand. As he does that, he drives his right leg and left knee into the mat, pushing forward into his partner – and then locks him into a cradle position, posting with his leg high afterwards.

There are plenty submissions to go from here, but the one which coach Melanson demonstrates is the switch Darce.

To set the switch darce choke, instructor Melanson first grips the training partner’s far arm and locks it, while his other hand goes behind his partner’s back. Then, shifting a bit towards the partner’s head and keeping the grip, he goes around his partner’s head with his arm, making his head pop out. As his head pops out, Melanson quickly goes around it with his own arm and sets it in place. Then, his knee goes up towards his own tricep muscle.

After this, he switches the position of his knees. He does so by pushing with his hand on the mat, in order to initiate the transfer of one knee to a posted position; while the other knee (the one which is close to his partner’s elbow) rotates and drops down. Then, instructor Melanson’s right leg kicks up in order for him to pivot and get his own hip over his partner’s head. To end it, he shoots his arm through and locks up the darce choke – rotating his forearm and getting his opponent to tap immediately by doing so.

Neil Melanson Introduces His Concept Of The Shin Whizzer: One Of The Most Aggressive Attacking Positions You’ll Ever See. 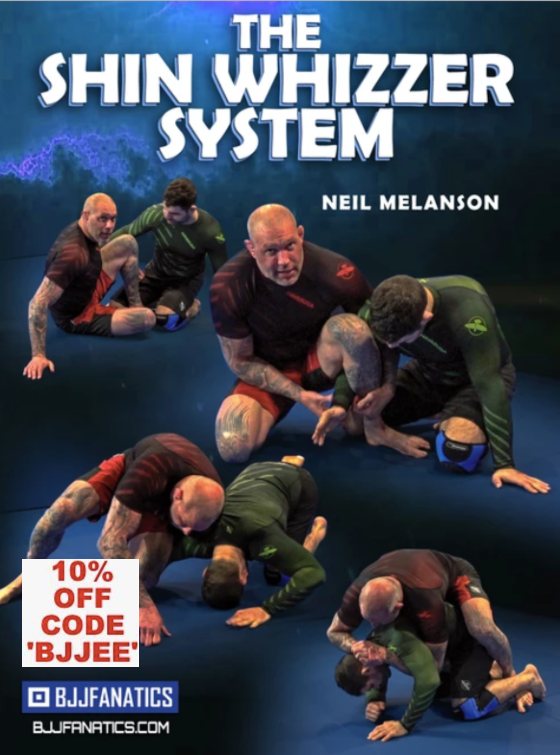