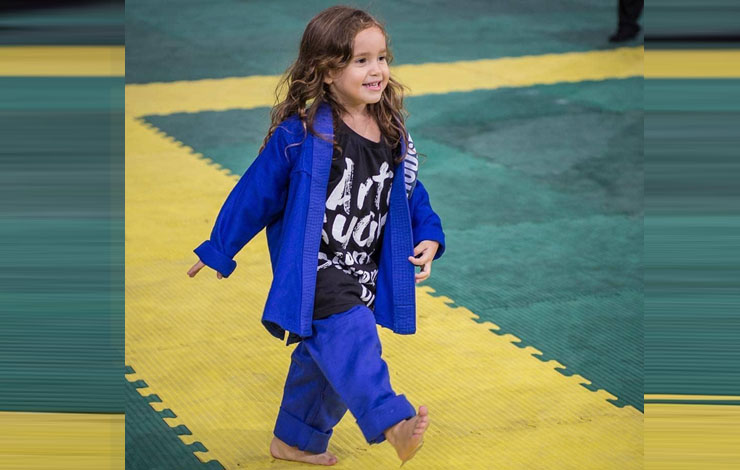 Brian Ortega got to answer a very interesting question recently – which martial art would be the best to start a child on his martial arts journey.

Brian, “Oooooh, I’m going to offend a lot of people haha. I honestly feel, and not because I’m biased, I would always go with Jiu-Jitsu. And not because that was the art that I love, but it’s just the simple fact that if a kid gets in a fight, the majority if not 99% of martial arts teach you how to strike. That means your kid is going to have to hit another kid along the way of defending himself, which therefore will get in trouble. At the end of the day, no matter how you paint that story, your kid hit someone. Whether he was in the right or in the wrong, and those stories just suck. You know as a parent your kid did the right thing. You’re proud of him or her for defending themself, but school has a different type of, you know, there’s a no fight policy. With Jiu-Jitsu, they don’t have to fight. Your child never has to throw a punch.”

“You use Jiu-Jitsu as a negotiation tool. So when the teacher and staff come to break the so called fight, literally it’s just a kid holding another kid down and telling them, please don’t bully me.’ They never punch the kid, they never physically harm them, except for holding them. So that’s why I would lean towards Jiu-Jitsu for self defense for any kid.”

And here’s what to expect when you start a child in bjj according to instructor Mike Bidwell of bjjafter40:

This of course contrasts John Danaher’s opinion who believes kids under 12 should not be taught submissions:

John Danaher has opted to weigh in with his considerable reputation in the community:

Youth training: I always enjoy training talented and dedicated youngsters. It is incredibly rewarding to see how quickly they pick up the skills of the sport and express themselves through those skills.
One aspect of youth training that I have always had misgivings about however, is the notion of teaching submissions to children.
Obviously there is a danger to the use of submission holds. A sensible question to ask is this – is it appropriate to teach submissions to very young children.
I understand different people have different viewpoints on this matter. My own approach is teach only positional moves to very young children. I am not in favor of teaching submissions to children below the age of twelve in group children’s classes. This may seem a very conservative approach, but I believe it is in the best interests of the sport.
Some of the worst incidents I have witnessed in my time in jiu jitsu involve children or very young teens being put in situations where the danger posed by submissions used against them was greater than their knowledge of how to defend themselves, and the environment competitive enough that they felt compelled not to submit. Sometimes this compulsion came from overzealous parents (some of whom ought to be ashamed of themselves ?) or just a situation where a young student clearly did not have the requisite knowledge to defend themselves in a high pressure situation – I remember an EBI where a young teenage girl was caught in a heel hook that she had no idea how to defend but felt the pressure not to submit in a televised event in front of a big audience and was horribly injured – thankfully they have since banned heel hooks for juveniles in EBI.