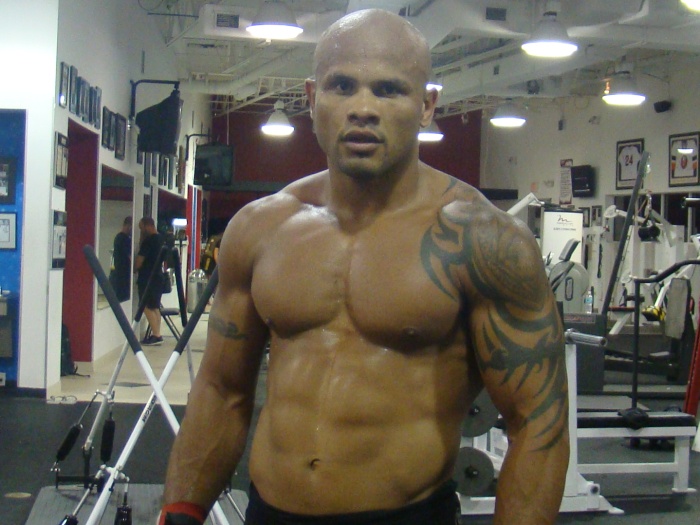 UFC and Bellator fighter Maiquel Falcao got violently attacked in Brazil & was stabbed to death Sunday morning in his hometown of Pelotas, Brazil.

According to MMA Fighting, Falcao was stabbed in front of a bar.

Falcao had a 40-20 MMA record. In his sole UFC fight, he defeated Gerald Harris but was released by the organization after he allegedly assaulted a woman.

A few years back, Falcao was also attacked at a gas station.

This is what happened according to MMA fighting:

“The situation was instigated when Falcao approached a female at the counter. Whatever he said was not appreciated and Falcao played with fire by throwing his beverage at her as she walked away. It all leads up to a huge confrontation where several other men showed up to defend the lady’s honor, sparking a huge brawl. Falcao is seen blasting several people inside and then the film cuts to outside where the street fight continues, and this time with weapons. Falcao’s friend and fellow mixed martial arts (MMA) fighter Kaue Mena (7-0 1 NC) is then leveled with a 2×4 and viciously battered with follow-up strikes and kicks to the head on the ground. According to Bloody Elbow, he is still in critical condition at the intensive care unit of Hospital do Coração.”