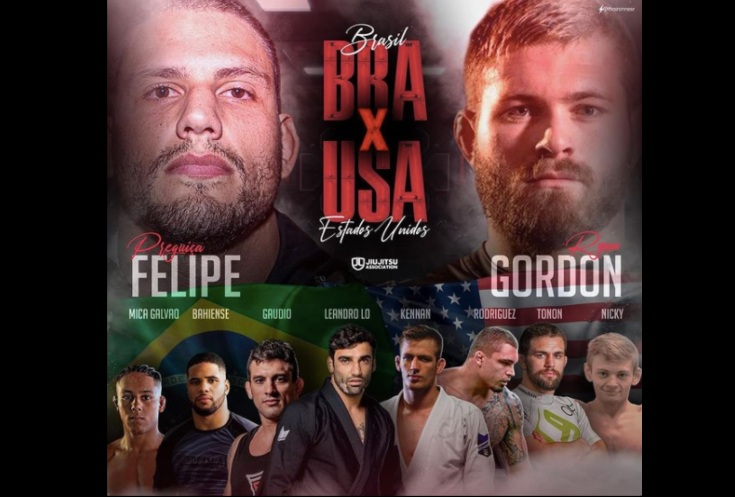 BJJ black belt champion and Dreamworks team leader Isaque Bahiense has announced his plan to organize a mega grappling pitting the best grapplers from Brazil and USA against each other.

Bahiense came up for the idea as an aftermath of the slapping incident between Gordon Ryan and Andre Galvao last week.

“Gordon slapped Andre Galvao, a legend of our sport… Now let’s resolve on the tatami in July.”

Also over the past few months, certain American media and notably Keenan Cornelius have been pushing the idea of “American Jiu-Jitsu” as opposed to Brazilian Jiu-Jitsu and many Brazilians are enraged by the idea.

The card is still under construction but we can see huge names already: Felipe Pena vs Gordon would be a meg superfight. Remember, Pena has already beaten Ryan twice.

This could be a very interesting event if it comes to fruition: