Brazilian Jiu-Jitsu Black Belt: A Burden For An Older Grappler? 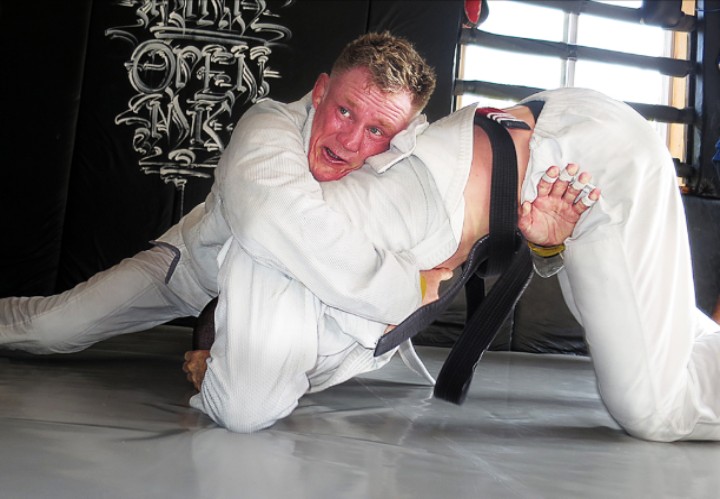 I respect it, but in hindsight I realize that it’s more of a burden than a benefit.

In Bjj and Luta Livre we need on average a good ten years to get the black belt, with sweat, blood and hours on the mat. In BJJ, it took me 11 years and Luta Livre 12 years.

Like everyone else, I was very happy to get it, it symbolically represents many things for a practitioner. I think that unless if you were at a very high level of competition, it is difficult to truly say that you really deserve this belt.

The more I wear it, the more I tell myself that I feel it brings me more unpleasant things than happiness. Everyone expects something amazing from all black belts (I speak for BJJ and Luta Livre). They must be strong, technical, flexible, and terrorize all partners (lower ranking) on the mat.

I won’t name anybody, but I remember 10 years ago, I was rolling with black belts who were not submitting me and were just closing the guard. I made me wonder about the rue level of these guys … Ego is a beautiful thing 🙂

When one has no visible rank, as in boxing, grappling or MMA, walking quietly in the academies at an open mat is great. Nobody knows you (although if you are unknown in bjj / Luta Livre, the belt you wear already puts you ‘on a pedestal’) and you can have some fun rolling. When you are a BJJ black belt, you are pressured by everyone, you arrive, everyone looks at you, you roll, they analyse you, they all  want to destroy you … So, you come in there looking to have some fun and get some rolls in, and you get the feeling of finding yourself in a competition.

And yes, I’m sometimes get wrecked by competition purple belts (sometimes not even competitor :). And then you say to yourself,:

‘Hey, the guy’s better than me, he knows all the techniques from the latest DVDs and techniques you’ve vaguely ever heard of. He catches you with some crazy advanced stuff and You’re the one wearing the black belt … It sucks. “

Automatically, you understand better why in France, you only see 20 black belts competing in all categories, out of 250 French black belts! You also understand that apart from the open mat where there are friends, you do not necessarily see black belts rolling with just anybody. At least when you stay at your academy, in your world, you have neither pressure nor to prove yourself We know you, we respect you and then it’s good like that.

When you go out of your comfort zone, it’s tough.  You realise that your game is worse than other black belts, your students can see you getting your assed kicked, and even when you want to roll light and ‘keep it playful’ you have a target on your back, with the famous: “Oh he is not very good for a black belt.”

So yes a being black belt sometimes, annoys me. I’m often telling myself, ‘Just wear a white belt, it allows you to be quiet and keep moving freely’.

Pamper yourself and spend some quality time with your loved ones in this end of the year.