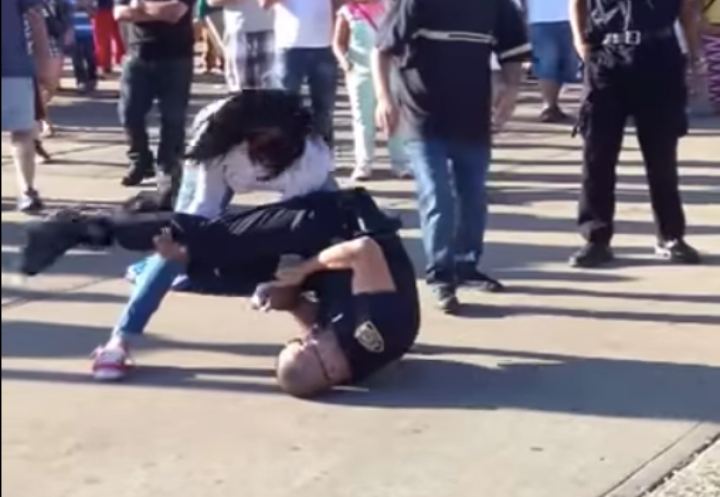 The use of force by law enforcement has attracted so much attention over the last few years it is virtually impossible to ignore. Moving forward, law enforcement agencies have no choice but to address subject control training within their agencies and ensure that they are providing their officers with the best possible solutions to an unknown, ever-changing, and often times unfriendly environment. Police officers everywhere, and the communities they serve, deserve nothing less. In this article, I’m going to offer five compelling reasons police agencies MUST incorporate Gracie Jiu Jitsu into their overall defensive tactics program to meet the demands of the future.

1. Popularity of MMA With the overwhelming popularity of mixed martial arts, it is a reality that more and more people that law enforcement officers come into contact with have at least a basic understanding of ground fighting. Thirty years ago, terms like triangle choke, arm locks, and mounted attacks were not widely known. Now, these are terms that the younger generation is widely familiar with. Officers need at a minimum a working knowledge of these techniques and the dangers associated with them.

2. Proven Effectiveness While it is not uncommon for people to disagree about which techniques are more effective than others, it is hard to argue that Gracie Jiu Jitsu is not a highly effective system of self-defense. In the years since the original UFC, when Royce Gracie defeated multiple opponents of varying sizes and styles, every professional fighter has had no choice but to incorporate some type of ground fighting regiment into their training. Programs such as Gracie Survival Tactics, which teach the most important techniques in a minimal amount of time, can be extremely useful to law enforcement agencies.

3. No Weight Classes In calls for service, you never know the size, strength, or mental capacity of your attacker. Gracie Jiu Jitsu is leverage based, and works on the premise that with natural body movements, a smaller, less athletic person can gain a position of advantage, or a position to disengage and transition to a subject control tool or device. This is extremely valuable in the law enforcement realm, where officers come in all shapes and sizes.

4. Minimal Damage to the Subject As Rener Gracie often says, Gracie Jiu Jitsu is not fighting fire with fire, but rather fighting fire with water. In a world of Monday morning quarterbacks and lawsuits, the value of this cannot be overstated. Jiu Jitsu has earned its reputation of truly being the “gentle art.”

5. Calm Amidst the Storm Every police officer knows that subject control situations can be high stress. As the officer’s stress level increases, the officer’s energy, and often times cognitive decision making ability, decreases. This is a recipe for disaster! One of the most compelling reasons to incorporate Jiu Jitsu into a defensive tactics program is that as an officer builds confidence in their ability to escape from grounded positions, as well as control subjects on the ground, they are much less likely to overreact due to stress.

Subject control is an important component to the training and maintaining of high quality law enforcement professionals. There are a lot of tools, a lot of systems, and a lot of competing theories as to how much, and what kind of training the modern law enforcement officer needs. The decisions that law enforcement as a profession come up with can literally mean the difference between life and death. I hope this article has made the case that Gracie Jiu Jitsu should be a part of every police agencies defensive tactics program. Train hard and be safe!